You are here: Home>Blog>Bringing the Traditional Hertfordshire Project to Herts Memories 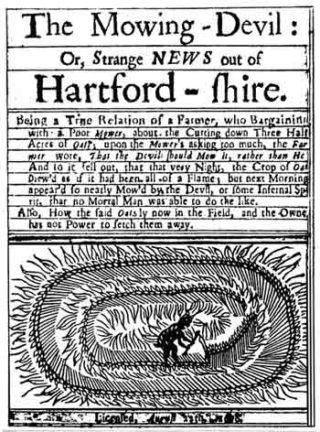 The Traditional Hertfordshire project was a county-wide initiative in 2017 to explore Hertfordshire’s traditions, old and new. Naturally, HALS was involved in this, and as part of the project volunteers Rose Borgeat and Lesley Flowers produced a series of booklets featuring highlights of the information held in the archive or available in rare local books available in the library.

Late in 2017, Caroline Churton and I were asked to expand some of the snippets in the booklets into full articles for Herts Memories. We divided up the topics and each wrote articles, some very general (e.g. customs surrounding birth or the farming year) and others about specific stories.

By the middle of 2018, we’d covered everything in the booklets, but by then I’d started finding various other topics to write about. These came largely from sources like W. B Gerish’s pioneering books from the beginning of the 20th century and more recent works by Doris Jones-Baker, and ranged from unlikely tales of derring-do, such as the dragon of Brent Pelham and the outlaw Jack O’Legs, to true(ish) tales, like The Maid of the Mill and the alchemist John Kellerman of Lilley. There were also some very obscure customs, such as the celebration of Hock-tide at Hexton.

Quite apart from producing articles for the website, it’s been fascinating to learn about all these tales and customs. Hertfordshire’s tradition isn’t perhaps as well known as some other counties, but it’s no less rich and deserves to be better known.

One thing lacking is a Hertfordshire folk song tradition about these matters. Most of the few traditional songs from the county aren’t specific in subject to Hertfordshire, although we were lucky enough to be given permission to use an old recording of Cissi Pratt of St Ippolyts singing the version of the Hertfordshire May Carol that she remembered from her childhood in the early 20th century.

To fill the gap, I’ll written and recorded a few songs and oral storytelling pieces to enhance some of the tales and traditions, such as songs about the Mowing Devil, the Wicked Lady and Hertfordshire Puddingstone, and the story of Piers Shonks the Dragon-Slayer. I hope they enhance the more factual articles.

The work isn’t remotely finished. Quite apart from all the corners of custom and legend we haven’t got to yet, Caroline and I have mainly concentrated on the traditions with a long-standing association with Hertfordshire, as this is what we know best. However, Hertfordshire tradition also includes equally old and fascinating traditions brought to the county by people who’ve moved here in recent times from all over the world. If you have any tales to tell, please add them to the site, or let HALS know about them so we can add them.

The articles on Hertfordshire Traditions in Hertfordshire Archives & Local Studies can be found on https://www.hertsmemories.org.uk/content/category/herts-history/topics/traditional-hertfordshire-project-2017/hertfordshire-archives-local-studies and Rose and Lesley will be giving a talk at HALS on 21st March 2019, 7-8pm, entitled Tall Tales.