You are here: Home>Blog>Celebrate the Centenary of Welwyn Garden City with HALS

Celebrate the Centenary of Welwyn Garden City with HALS 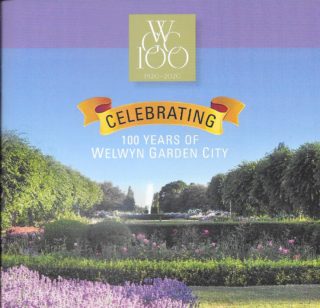 Unlike the post-war new towns that sprang up all over the country, the original (and more idealistic) Garden City movement produced just two major towns — both in Hertfordshire. Following the success of Letchworth before the First World War, Welwyn Garden City was begun in 1919, with the first homes occupied in 1920, making next year its centenary.

The two original Garden Cities were somewhat different in character, though. Letchworth, created at the height of the Arts and Crafts movement, was inspired by lofty idealism and (some would say) a degree of otherworldliness, attracting free-thinking artistic people and many eccentrics. Welwyn Garden City, on the other hand, arose out of the grittiness of the war years and, though not lacking in idealism, was always more practical and down to earth.

This is a timely anniversary, with the ideals of the movement enjoying a higher profile than they have for decades and numerous new communities proposed to be built on Garden City principles throughout the country, as well as Garden Cities flourishing in many different countries. So it’s the perfect time to reflect locally on this very special legacy that Hertfordshire has left the world.

As part of the celebrations, HALS will be holding a special event on Saturday, 2nd November. Are you interested in the ideals and principles of Sir Ebenezer Howard and the Garden City movement? Are you planning one of the many events for the centenary and looking for inspiration? Do you live in Welwyn Garden City and want to know more about its birth and development?

The free event will cater for all of this and more, offering the opportunity to examine the extensive archives HALS holds on the subject — which will be familiar to anyone who watched the Una Stubbs edition of Who Do You think You Are?

So come along to HALS, at County Hall, Pegs Lane, Hertford, between 10am and noon on the 2nd and learn more about this proud Hertfordshire achievement.