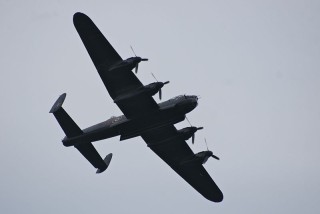 The attack was resumed at 0500 hrs but owing to the heavy and effective enemy D.F. fire on our forming up areas the attack did not get really going till mid-day.  We then fire a quick barrage to cover the advance of flame-throwing tanks, then targets follow in quick succession.  We have five D.Ps’ out in action and “mike” & “Uncle” targets rain on the C.P’s (Regtl & Div targets on the Command Posts.)

By evening a certain amount of progress has been made on our front and our troops dig in and consolidate for the night.  Almost immediately afterwards on our immediate left flank we are severely attacked.  From 8pm onwards the whole Divisional Artillery fires DF. tasks in rapid succession and the roar of the gun fire thunders over the corn field.  At 10pm the situation has not improved and 59 Div. Arty join in with H.F.+ tasks.  For two solid hours until midnight we keep up a rapid rate of fire on several targets and the whole area as far as the eye can see is one sea of belching flame and cordite fumes with the ground trembling under the roar.

In the middle of this confusion the German single raiders visit the area.  The A.A fire is even more intense than last night and to give the lie to the person who said “It’s one of ours” a plane dropped huge orange flares over our head.  Night changes into day and our faces take on ghastly hues in the un natural orange light.  A rain of AP bombs crack down on our left a stick of HE bombs falls on either side of the road way 300 yds behind the guns and a farmhouse goes up in flames.  Every man stays at his post and the guns keep up their murderous rate of fire.  Then at midnight a great hush falls all over the gun area as the guns cease firing.  Except for the noise of weary gunners picking their way through piles of cartridge cases and ammunition salvage and the crackling of the burning farmstead everything becomes unbelievably quiet.  We turn into our blankets with a feeling of triumph.

Those of us who have been on duty see an unforgettable dawn.  The eastern sky is filled with every conceivable shade of red from rose pink to vivid scarlet with great feathery clouds extending over the dome of the heavens.  Into the midst of this beautiful scene a long black stream of Lancaster bombers come in from the coast and circle south of Caen, drop their bombs and wheel for home.  For over an hour the long procession wends its way against the background of changing scarlets, yellows & golds.

Later as the sun rises another long stream of bombers, this time Liberators & Forts fly overhead further inland to keep up the bombing of areas supplying the German front lines.  This is the prelude to a hot and dusty but quiet day and we relax from the excitement of yesterday.  We learn that the Noyers is in our hands but that most of the town is still stronger held by the enemy.  The C.O. congratulates the Rgt. on its fine performance yesterday especially during the air-raid in the evening.

This started as a normal day when we suddenly get the order to move.  No one is quite clear on what is going to happen but there are rumours that we are going to have a rest.  We have heard this one so many times that we dont believe it until we hear mention of harbour area parties and the non-tactical order of march.  The rumour is confirmed and we all smile.

We make another dusty cross-country to finish up in the orchards near the village of St. Andre.  The journey is notable for two incidents.  In the middle of a field we meet an old Padre of the Rgt.  The second one is more personal, the C.O has a private bet that a carrier could negotiate a stream which has proved difficult for some tank drivers.   He chooses the last carrier in the column to experiment with, which happens to be R.B. Bdr Jarvis makes a very gallant effort but the passage has been too badly cut up by all the S.P’s and tanks and the carrier sticks fast in the centre of stream.  A Sherman and an SP are required to pull it out, by which time all the kit was ruined.

It comes on to rain and L/Bdr Sharpe has the un enviable task of getting the carrier to the rest camp, needless to say he succeeded.