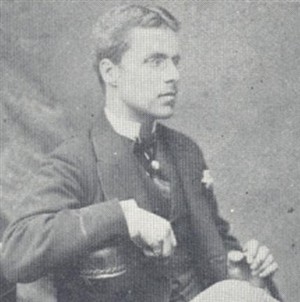 In the afternoon I called upon Mr W H Norris who had kindly undertaken to assist me in the arrangements for my banquet, and settled that the price of the dinner tickets should be 10/6.  This would just cover Caterer’s charges – I of course should have to pay for my own guests and for wine for the whole party.

The following year, an adjustment was made to the price:

It was unanimously settled that the price of the dinner ticket be 12/6 instead of 10/- as heretofore.  This was done to relieve the Mayor of a portion of the expense…. Last year the total cost of the dinner amounted to £90.14.6d of which my share was £50.14.0d.

Public Health Committee – Quotations from Messrs Stone and Mr Cooper for the supply of Hydrants were produced.  Messrs Stone’s offer was 10% less than Mr Cooper.  The latter was a local tradesman and some of the committee thought he should be employed.  On a division taking place the majority voted for the local man, thus taxing all the ratepayers for the benefit of one.  I hope some day to instil into the wonderful minds of the Corporation that it is not an institution for the support of local tradesmen but that its most important duty is to see the ratepayers money is not squandered.

This meeting brought to a close one of the busiest days I have yet had since I accepted the office of Mayor.