The Appointment of Sir John Wittewronge

Captain of the Trained Bands in West Hertfordshire 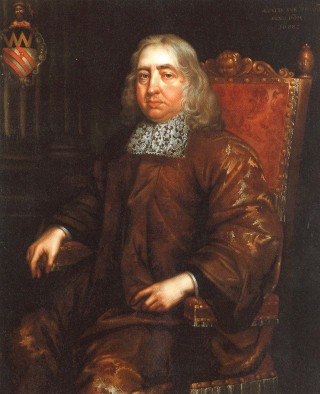 Large image of the Appointment
Hertfordshire Archives and Local Studies

By vertue of an ordinance of Parliament authorising me, Charles Viscount Cranborne to be Lord-Leieutenant of the countie of Hertford, I doe hereby nominate and appoint you Sir John Witterong to be Captaine of the trained band for parte of Caishio and Decorum hundreds to be mustered within the severall parishes of the countie aforesaid. And further doe give warrant to you to lead, trayne and muster the said foote companie at such dayes and such places as by warrant from me or in my absence from my deputie Leieuetenants or anie of them, you shalbe from time to time in that behalf directed. Willing and commanding all inferior officers and soldiers of the said foote companie to be attending, aydinge and assisting unto you for the better furtherance of this service by the said ordinance required. Given under my hand this five and twentith day of August 1642  HALS: DE/Lw/03

Sir John would later serve as a Colonel in the first Hertfordshire Volunteer Regiment and as a member of The Saint Albans Standing Committee. After the war he retired to Rothamstead where he carried out work researching the weather and the cultivation of vegetables

For more information on this and many other related subjects see:The Impact of the First Civil War on Hertfordshire by Alan Thompson, published by The Hertfordshire record Society