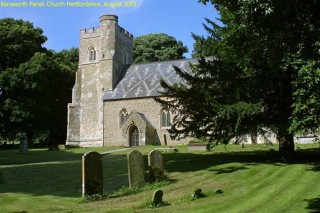 I believe the families of ffossey or Ffossey, and Fossey, to be descended from the same common ancestor. At the present time the Fosseys are rich, and utterly repudiate the poor ffosseys, who are but labourers. An examination of the parochial registers would probably have settled the question whether they were related or not. The Reverend George Edward Oscar Watts – I must give the vicar his full name – is a little redfaced man about 4ft. 10 high, with the most absurd turn-up nose nature ever planted in the centre of a man’s face. When I asked him to allow me to see his registers, the pompous little fellow said – (but no words of mine can describe his manner of saying it) – “Such things are vanities, and I care nothing for them. These” pointing to a pair of globes and a telescope, which together would realize about 5/– at auction – “these are my sources of recreational devotion. I despise all other vanities, and in the stillness of the night regard with awe-struck veneration the grand orbs which revolve in the eternal heavens”. – and his nose looked more astronomical than ever, as it – (he speaking to me) – pointed straight to the ceiling.

It was in the summer time that I called upon him. I had ridden rather hard, yet he did not offer my horse the hospitality of a stable while I went on to the church. Would that he had been a little more mundane.

At the time of writing, Kensworth was still in Hertfordshire.