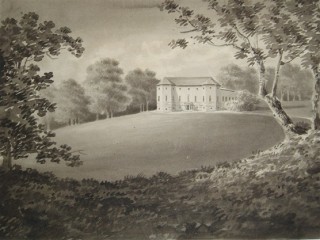 Note accompanying an engraving of Ware Park, published in 1812 in The Beauties of England and Wales

The father of the late Thomas Hope Byde was not remarkable for his morality. There was a bargeman of Ware who had a very pretty young wife. Byde took her to Ware Park, where she lived with him many years as his wife, and by whom he had several children, among others the late Reverend John Hope Byde. The bargeman was paid a weekly allowance, and was allowed to sleep with his wife at Ware Park one night a week. After a time the bargeman got tired of this arrangement and asked old Mr Byde if he might get married again. He told him he might, and he accordingly married another wife at Ware. This narration I had from old Stephen Austin of Hertford, who knew Byde well, and all the facts connected with the case, as indeed did everyone in the neighbourhood.