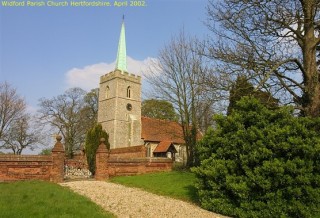 “Quite recently, in an adjoining parish – not Thorley, Hadham, Gilston or Eastwick – the parson has paved a pig-sty with tombstones taken from the churchyard. A common labourer, resident in the parish, had the impertinence to express his dissatisfaction at his father’s tombstone being used for such a purpose; and notwithstanding that the reverend curer of souls and bacon demonstrated the freehold of the churchyard was de jure vested in him the ignorant boor is still unconvinced”.

The pig-sty was so paved in 1879, and I am told, on good authority, that the tombstones are still in the same indecent place (January 1881)