Caumont and on to the Belgian Border 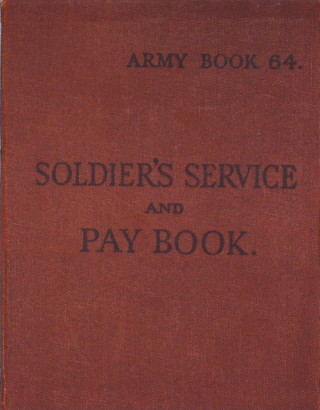 To listen to the audio clip, click play on the bar below the image on the right.  The clip is split into two with the second part covering the section from Lens towards the Belgian border.

At that time we were driving South to capture Condé-sur-Noir{eau} and had started the drive from near Caumont which lies to the west of Tilly. At Caumont we saw an attack by four-engined Lancasters which came in low over us and bombed the German positions, they were so near that that we could count the bombs as they fell, 15 from each plane. We followed that with a barrage and moved off at 4am next day.

One night in that position before the attack we were bombed, one fell 50 yds from us. I’ve got a piece in my pocket now. Three cows were killed, one of them literally blown to pieces, two infantry men were also killed.

After the fall of Condé we turned East and attacked Mount Pincon, the biggest hill in the area, I remember our guns being in action on the crest of Mount Pincon. We were then coming down the West side of the Falaise Packet.

Before we knew where we were we were tearing south to FLERS, where we had our first big welcome. The streets were crowded with waving people and that was the place I said I felt like Monty & Churchill. From Flers we went east to Briouze (BRIOUZE) and ECOUCHé.{ éCOUCHé}

Ecouché was a fairly big town, when we passed it was a big pile of bricks. It was here we saw the Free French with American tanks etc. There is a big quarry there and we stayed the night near it, we called it Happy Valley because of the courting between the F.F & the locals, most of them were drunk too.

From there to Argentan where we waited for hours for the tanks to clear away some Germans holding the road. We had been very close to him for days but sometimes he would stop & fight.

From Argentan we drove East to our resting place LAIGLE where we stayed for several days. The farmer there had hidden two Canadian airmen for days and had shot 5 Germans himself. It was there that I had a new S.P., the other had a bad oil leak.

After four days we left Laigle at 5 pm on Monday and after a long drive which ended at 2.30 am Tuesday we came to a ‘hide’ on the west bank of the Seine. As it was our turn for guard we got in about an hour’s sleep before 5 am when we went off again and crossed the Seine over an R.E’s bridge at Vernon about 7 o’clock.

Our next objective was AMIENS, we had a long night drive with the worst weather we’d had, the column went fast and was split up. We stopped at 4 am while the others caught up and it was quiet & still, I remember hearing the bells of some village church. Soon after daylight we ran into some opposition, a Bofors was firing into a wood on our left as we went into action. I can’t remember all of our journey from Vernon to Amiens, some days were bad, crawling across country dropping into action for a few hours or for the night and wondering if we would get too close or surrounded. At that time we were never sure an odd tank wouldn’t pop out & give us the works. I forgot to mention that at the end of night drive we were told we had driven through 6 German Divisions without any trouble at all. We went into Amiens through thousands of people who cheered and waved like mad, as usual.

On the other side of Amiens a shell cracked down on the main road ½ a mile in front, we turned off and went into action. After a night there we went on again to LENS, the last French town of any size. The streets were packed with people, they only left room for a tank to go through, many times I thought we had killed someone. We stopped several times and were smothered by people wanting cigarettes, corned ‘biff’ and chocolate, I know several chaps who gave away 1000 cigs each.

The following section is covered by the second clip.

From Lens we turned towards the Belgian border, only a few miles behind the tanks & recce’ trucks feeling the way in front. Before leaving France however we did a little shooting over open sights. (Just my gun alone, under my orders.) The column had halted at a Y junction in a small village, my tank at the junction and the ones in front down the right fork. We could hear shells crumping down not far to our right and the bang of the guns not far in front. The people who had been giving us coffee disappeared and men started to come running up the left hand road shouting “Bosche!” and causing everyone to dodge indoors and close the windows. I asked the G.P.O {Gun Position Officer?}if I could take the tank down the road and see what was coming, he said no and told me to get the gun into action where I stood. I wanted to get down there and see what was happening, so I asked again, this time he said yes.

I told everyone on the gun what to do and we trundled slowly down the street, covers off and shells ready. We all had Stens or rifles poking over the sides and must have looked grim to the people peeping from behind the curtains. At the end of the village the road turned half right and went downhill into another small village about ½ mile away. There were half a dozen Frenchmen on the corner and they gabbled away at me, telling me the men crouched in front behind a hedge were patriots, and i wasn’t to shoot them. One of them wore a steel helmet and could speak a little English. He told me there were Jerries in a wood 200yds to my right and six ‘Boche Kanon’ or a six-gun Battery of 88 mm guns more to the front. I told him I couldn’t see properly, it wasn’t till a little man with binoculars showed me that I saw them. My hand was shaking so much I could hardly see trough the glasses.

Meanwhile the gun (or tank) was about 50 yds behind me, the drivers’ nerves had got the better of his bladder and he daren’t get out in case I wanted the tank quickly, so he couldn’t do much about it. Just as I got in position and loaded a D.R {Dispatch Rider} came up and said I was to go straight back. I told the French bloke and he understood, another one about 6 feet tall didn’t and said “What! You will not help the French patriots?” and there was an international situation on my hands. I didn’t know what the devil to do. I decided to disobey orders and fire. The third round burst on the gun, I fired 5 more which blew up horses & wagons. Someone else was firing too, and I saw all the gunners streaming across the field leaving the guns. I don’t know to this day why I didn’t drop a few amongst them. By this time a Sgt. Major had arrived to bring me back and I backed the tank round and trundled back. The English speaking Frenchman and the 6 foot one walked alongside me holding my arm and saying “Goat English” over & over.

Two very frightened Jerries came from the direction of the second village, very white & holding their hands up, surrounded by patriots who were waving bayonets under their noses. The English speaking French policeman took charge of them for the people would have killed them, as it was one man ran forward holding a big stone in both hands and threw it at them.

We rumbled slowly back through the village with the people shouting & waving at us, the blokes told me the Jerries signed to them to take tem prisoners but my blokes only swore. The Germans were scared stiff of being left with the French. So we joined the rest of the guns in action and inside ten minutes all seven of us had been out along the hedge with a shovel.

A little later we carried on, a few hundred yards along were seven 3 ton lorries of ammo burning & exploding, a German tank had waited until our tanks had passed and smacked the lorries behind. The guns which we had shot up had a hand in it too as they were in view at that point, we could see the smoke coming from ‘our’ gun, we hit it allright.

Alongside one of the burning trucks (one of the seven ammo lorries) was a jeep belonging to our Battery Commander, it was riddled with shrapnel from the exploding ammunition, through going too near. The B.C. was killed and his driver lost a foot & a hand. Just past, there were dozens of prisoners doubling up the road to a central point. A mile or so on three Germans came from a wood and surrendered, two wounded & one orderly. I left the smallest gunner I had with a Sten Gun and orders to hand them over to the M.O. Later that morning we passed a flying-bomb site badly damaged by bombing. At 2.30 pm we crossed the Belgian frontier, the busiest day we’ve had, Sept. 3rd 1944.