Belgium, into Germany and back to Belgium 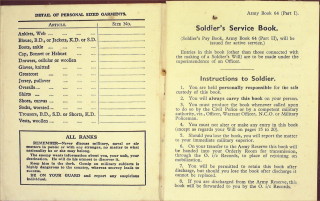 I cannot say what order things happened but one day we turned our guns South as Jerry made a dive for the road. Yanks came panting up the road saying there were 30, or, 40 tanks and 100 to 300 infantry no one knew how many. My gun was detached and placed in a position up a small track in case he tried to come up that way. We could hear guns firing and got a sweat on as we didn’t have much chance if he had come down that road, if we didn’t get him first shot he’d have us.

The road was cut about 12 hours, no supplies etc could get through and we never realized how we were placed. Our water cart was replenishing when the road was cut & a German tank blew hell out of it. Anyhow at the end of three or four days things were O.K again and we moved up the road with the endless columns of supplies.

Our next contribution to the war was near Veghle not many miles up the road. We turned right off the road into action to counter another threat to the supply lines. We were still quite close to the road and collected 2 rounds regularly from 2 SP guns Jerry had moved up on the other side of the road. The rounds fell about every 4 mins, quite close too, one pair only 50 yds in front of my gun. Another two got a Sgt in the head, not too badly as he could speak alright. We fire hard from there, supporting the 101 still. The Yank commander sent messages by wireless to us, “You boys sure can shoot” & “Tell your gunners they saved our lives, some shooting”. They had a hard time of it there, the road was again cut but we helped to carve up a lot of enemy equipment, they said there were piles of stuff there. The next day we passed by and saw some of our lorries smashed & burned and one or two Jerry tanks destroyed, one infantry lorry was in a ditch and the men who had ridden in it were laying alongside. A little while later Jerry again cut the road there, after we had passed and captured one of our tanks (the Regts tanks) which was ditched, the crew escaped.

That little episode earned us a letter from the Army Commander himself in his own writing. He said the 86th had formed a friendship with the American 101st Airbourne Division which would long outlive the war.

That seemed to be the end of our excitements, we moved up the road to Grave where more Glider troops had captured intact the huge nine span bridge. After a few days dodging about in odd positions we moved up to a place East & slightly South of Nijmegen where we stayed for some weeks. Our forward troops had got to Elst (mid-way between Nijmegen and Arnhem) and were holding the strong forces which had done so much damage to our Airbourne forces at Arnhem and were trying to recapture Nijmegen. Certain of our troops had gone up to Arnhem and were attempting to relieve & withdraw our Glider troops. Nijmegen was in range of enemy guns and we could hear the distant boom, the whistle over our heads and the crash as the shell landed in the town.

There were also many bombing raids on the town and it was during one that I started to write this. That was on the 2nd October 44, the date now is the 30th of December and after a lot of travelling we are in Belgium.

From that position at Nijmegen we left for 3 weeks maintainance & training at a little village of REEK near Grave. We had a good rest & change, awaiting (we thought) the last big push which would let us stream through on a last beautiful run into Germany and so to Berlin & the end of the war.

The news said Jerry was attacking and had gained ground around HELMOND we left rather hurriedly & unexpectedly for that area. The enemy was going back by the time we reached there after a couple of days driving, including of course a night drive in bitter cold wet weather. For four days we sat and fired in all about 50 rounds, the weather had changed and we saw the first sprinkle of snow.

From there to BORN, a little village very near the border, six miles form Sittard where half of us lived in civvy billets and life was good. I sent a parcel home from there, the first one I sent from the Helmond sector. After a short time at Born we moved into the country we had started for – Germany. We went by the worst tank track ever – mud & more mud, to a village named GROTENRATH. There were families of Germans carrying their belongings away, Germans this time not French Belgum or Dutch and we were not sorry for them, they started this.

Many had only just left and their houses were well & truly looted by our men, the Yanks there had touched nothing. I have not had cause (thank the Lord) to hate as some of our chaps hate, they have had their homes destroyed and worse, they went into nice homes & wrecked them, senseless destruction & theft of articles useless to them.

North-West of our position was the enemy held GEILENKIRSCHEN {Geilenkirchen} and we did our bit towards its capture. We fired for two days & a night, working harder than ever before. In the Normandy days it would have meant a big advance & perhaps a break-through, here it meant an advance of only a few miles. A few days after we moved nearer Geilenkirkchen and again hammered away in the worst weather ever. There was 18”of mud outside the bivvy1 and the rain drove down for days. One night I heard a War Report on this front, bombers were over the town and as the reporter spoke of the place I looked out to the in the sky. Enemy shells crashed all day & night just over a crest about a mile away and none came our way. We didn’t envy the infantry poor devils.

After Geilenkirschen back to Born and a little comfort, Jerry still shelled Sittard and once scared the lights out of some of blokes on pass. One day about 18 shells dropped in the village, some quite close and we quietly dug a shelter.

A few days of that and then to DOENRADE (Doonrarder) nearer to the border, the S.P’s were out of action and in a way it was a rest although there was plenty of rain & mud.

We were about 10 days at Doenrade and then moved into action near JABEEK where things were pretty quiet. Three or four days after, at 8 pm we left for, no one was sure. In view of Jerry’s counter attack on Belgium there was a good chance of going into action there and helping someone or other out of the sugar. We are used to being no ones baby. It was a false alarm however for we shunted right back to our friendly Belgium. The age of miracles is not passed for we arrived right in the middle of a good sized town named JODOIGNE, somewhere near LOUVAIN, on the 22nd of Dec. 44.  Naturally we expected to spend a long time (& Christmas) there and settled down to it. I had a civvy billet and enjoyed good grub & a decent bed. Jerry was getting two close for real comfort although the civvies were sure he was finished, non the less I was stopped several times during a drive to Diest to collect two blokes. On Christmas Eve I went to the pictures with the old lady, had a good supper & a couple of drinks and so to bed at 11 pm.

1 bivvy – BIVOUAC made from tarpaulin