Read by Iain B. 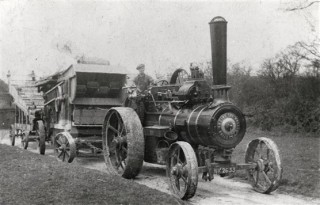 Fine morning, fine day. To H H with boys, then to Haydons after sacks. Order Turnip Cutter of James Davis

Damp, dull morning. To Estate Office to see Mr. Paxton did not see him. Wrote to him about house

Dull fine morning. Decorations at the Church by Revd. Drake and Mrs. Drake for Thanksgiving Service for the Harvest just past. Stray ewe came into the long meadow marked ‘S’

To the infirmary with James Smith who cut his toes nearly off. Had them sewed up and left him there