The Diaries of Henry Lomas, December 1826 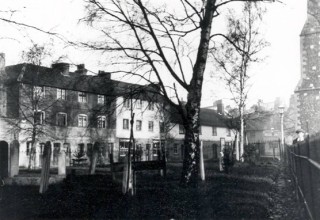 2nd – The eldest Son of Dr Pidcock about twelve years of age was at Letchmore Heath School accidentally Shot by a School fellow who was playing with a Pistol.  The Ball lodged in the Spine and could not be extracted.  His case was considered by Sir Astley Cooper very dangerous.

6th – The Christmas assises commenced at Hertford before Mr Justice Bailey and Mr Justice Gazelee the calendar very heavy. The sheep stealers committed from Watford took their Trial.  Burnham the worst of characters was admitted evidence. Woodman and Roberts were round guilty and sentenced to transportation for life.  Smith, Jarvis and Martindale being tried on another indictment were acquitted.  A wretch named Woodard was convicted and received sentence of death for an unnatural crime committed in Watford Workhouse on a Boy with whom he slept.  A Man received sentence of death for shooting his wife in the neighbourhood of Ware.  She recovered from the wounds and gave evidence against him and a prisoner for Horse stealing was left for execution.   Susan Bartrap was also tried at these assises for the murder of her paramour at Barnet Common in a quarrel.  She was convicted on Manslaughter and sentenced to be transported for life.

20th – James Field indicted for shooting his wife and Daniel Woodward, indicted for an unnatural crime and were executed on 20th December 1826.  John Treadgold indicted for stealing horses to the value of £58 was transported for life to New South Wales).