The Diaries of Henry Lomas, February 1826 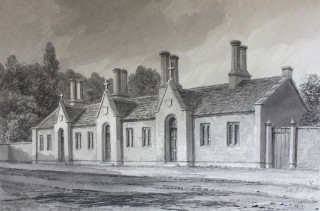 8th   A French Ship named the Pearl forced by stress of weather into St Ives Cornwall. They had on board five Negro slaves. Information of this was given to some humane Philanthropist who had them brought by Habeas Corpus before Chief Justice Best at his private House who ordered them to be liberated and gave them in charge to a gentleman of Hampstead until his Majesties pleasure should be known what to do with them. This is one instance of every human being touching the soil of England by its Laws, he that moment possesses liberty.

Doctor Morgan of Kings Langley a very able preacher suspended from his clerical duties and profits for three years for cohabiting publicly with a young woman and other base conduct.

26th   A coroners Inquest was held on a Body found in the Canal near to Hunton Bridge at the Kings Head in that Village. Many persons declared it to be Dr Morgan recently suspended from the living of Kings Langley but the features of the Body were so disfigured from its laying in the water which from the opinion of the Medical Gents must have been more than a week it was impossible to recognise them. The Doctor was as reported by his family residing at the time in France. A verdict was returned an unknown person found drowned.

This Month a poor Girl of the name of Groom employed in the Silk Mills at Chalf Hill met with her death in a most shocking manner. Being at work near to one of the Shafts her clothes caught it. She was drawn into the works and almost instantly crushed to death. Her age about fourteen years.