The Diaries of Henry Lomas, July 1826 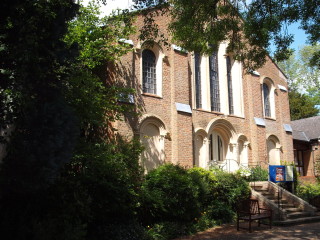 Dr Burns Meterorological report for June stated that we had not had so dry a season as this for these twenty years.  Many horses in different parts of the Country died from excessive heat.

On Malvern Hills in Worcestershire two young Ladies who were gipseying with a party were struck dead by lightening and several others seriously injured.

Application made to the Lord Mayor on behalf of Lady Erskine, widow of a once Lord Chancellor of England whose pecuniary embarrasments were distressing not being able to procure the common necessaries of life.

The public subscriptions proved to be nothing like adequate to relieve the distress of the operating Manufactors in the North.  In consequence symptoms of discontent and riot manifested itself in the Town of Manchester but it was nothing serious.  Ministers now see something must be done by them.

A new chapel at London Colney consecrated by the Bishop of London.  It was erected by public subscriptions.  The inhabitants of Hemel Hempstead presented the Rev Dr Hamilton to whom I was a pupil with a handsome silver salver as a token of their respect and esteem towards him for the assistance he had rendered them thirty years, and on his leaving that Town.