The Diaries of Henry Lomas, June 1826 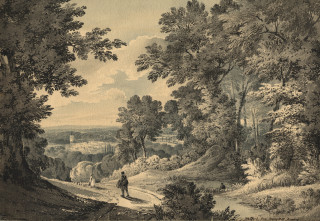 10th  A fatal affair occurred at Carlisle as Sir Philip Musgrave a Ministerial and very unpopular candidate in consequence of his having supported the corn Laws, was canvassing. A riot took place nothing more than an election squabble. However a party of Military were called in who fired on them and unfortunately killed two or three and wounded several. In consequence of the Burmese neglecting to ratify the treaty of Peace as specified, hostilities recommenced on the part of the British which was followed by a victory on our side.

24th A young Man named Horwood son of Horwood servant to Mr Dike, Felmonger of Watford met with his death in consequence of a Waggon passing over his head. He lived servant with Mr James Leach and was returning from Hempstead with Wheat. It was supposed he unfortunately fell. The Wheel passed over him and he died on the spot. The accident happened on this side of Hunton Bridge.

27th A violent storm of Thunder and lightening attended with hail in various parts of the Country which made sad havoc amongst the Glass. Sir Charles Pole the principal sufferer in this part of the Country. I was at Mr Marsden’s and measured a hail stone which measured the enormous size of three inches in circumference. On the following day the 28th the neighbourhood of London was visited with a much more dreadful storm. Its ravages amongst Glass and plants was unprecedented. Mr Henderson’s loss at Pine Apple Place was immense.