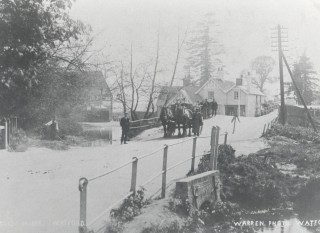 1st  In the Commons Mr Canning moved for leave to bring in the Bill to allow the Corn at present in bond to be brought into the Market by paying a duty of 12/- per quarter and to give Ministers a discretionary power to open the Ports in case that should be considered necessary during the absence of Parliament. This met with great opposition. It was considered as getting rid of the Corn Laws altogether by a side wind. Leave was given.

9th  The Duke of Devonshire embarked on board the Gloucester Man of war with his suite for Russia to represent George the fourth at the Coronation of the Emperor Nicholas.

10th  The corporation of London voted one Thousand Pounds for the relief of the distressed Manufacturing districts. They had previous to this subscribed give Hundred Pounds. The City of London are never behind in subscriptions.

21st  Mr Canning’s Bill for releasing the bonded corn and giving Ministers a discretionary power to open the Ports passed the commons and the Lords on the 26th and subsequently received royal signature.