The Diaries of Henry Lomas, September 1827 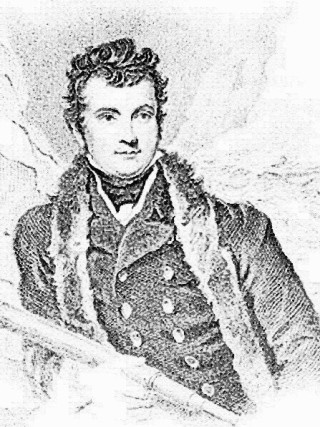 To listen to the audio clip, click play on the bar below the image on the right

Captain Parry accompanied by Dr Beverley, Surgeon to the expedition, arrived at the Admiralty after a third inefectual attempt of discovery to the north Pole.  This enterprize has long been deemed by many to be hopeless and utterly impractable and this third unsuccessful attempt goes far to justify their anticipation.

The party landed on the ice in about 81 deg 40 min, but instead of finding it fixed and firm it was mostly in detached parts.  They proceeded as far as 82 deg 45 min, having suffered the greatest privations from cold and the laborious exertion of dragging their boats over large patches of ice.

The cold was very intense and frequently attended with rain.  Upon one occasion it fell incessantly for twenty four hours a thing not at all anticipated.

The reindeer were soon killed being found in consequence of the state of the ice entirely useless.

Captain Perry was induced to abandon the undertaking in consequence of his discovering that the ice floated towards the south and that after considerable labour they had, instead of gaining, lost several miles.  Some of the men were severely ill but not one life was lost.