You are here: Home>Herts history>Diaries and Letters>Hertfordshire Voices>The Diaries of Henry Lomas of Watford, 1826>The Diary of Henry Lomas, October, 1826 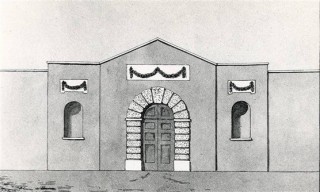 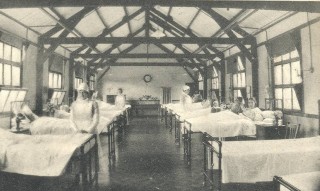 1st  – Committed to Herford Gaol for sheep stealing Roberts, Smith, Woodman, Jarvis and Martindale all young men natives of Watford and fortunately single.  The disclosure of their depredations were made in the following manner.  Joseph Burnham one of their associates was committed to St Albans charged with stealing a Razor.   Previous to this he had disagreed with some of the before mentioned in consequence of which he made a voluntary confession of a great many crimes with his accomplices.  He said they stole two Sheep from Mr Frederick Dyson, one from Mr Pugh, two Lambs from Mr White etc. Roberts & Woodman also made a confession at their examination.  It was suspected there were other implicated.

3rd – An Infirmary called the West Herts Infirmary about to be established at Hemel Hempsted patronized by most of the leading Gentlemen in the County whose subscriptions were paid in very liberally and an House fitting up for the reception of patients at Piccotts End.  Sir Astley Cooper offered his assistance in critical cases.

26th – As the Hempstead down Coach were changing Horses at Edgeware and being incautiously left by the Horsekeeper they set off at full speed before the Coachman had taken his seat.  Consequently a young Woman the only passenger on the Coach, the others being at Breakfast, had her Ancle dreadfully fractured in leaping from the roof.  The Horses proceeded on at a great rate until they reached near to Brockley Hill when coming in contact with Mr Shute’s Gig who was on his way to Town, the shaft of which entered the chest of one of the leaders which was blind.  The animal fell and died immediately.  This stoped the progress of the other Horses.  Mr Shute fortunately was not injured and his Gig had only one Shaft broken.