The Diary of John Carrington - February 1805 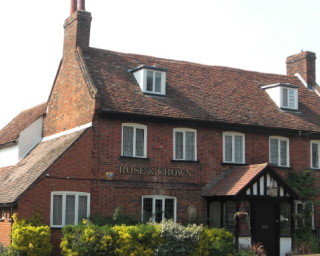 Kept by Carrington's son at the time

Not to church but Dined at Tewin Son Johns , after that rode to Hertford to hear about the Election as to be the Morrow. Saw Mr Pallett and fixed my being for Baker according to my word.

To the Election at Hertford for the County on (my horse) Dimon to the Park House, Hertingfordbury. To Breakfast for Baker of Bayfordbury, from thence to the field behind the gaol to show against Brand of Kimpton Hoo, near Whitwell. From thence to the Polling. The Poll shut at

4 o’clock:. 3 hundred a head for Baker. Dined at the Falcon Mrs Ramseys from thence to supper at the Park House. Next Day, to the same place to Breakfast, from thence to Hertford, polled for Baker. And Baker chaired: 480 before Brand. They both made a speech and thanked their friends and I returned to the Park to supper, elegantly, with friends….