The Diary of John Carrington - September 1805 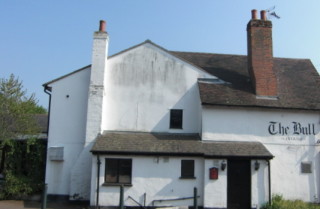 Evening to Hertford Green Dragon Club as being Steward. Quite forgot the night till 8 o’clock as being busy at the oat cart. So was too late and forfeited 5s. Home again by 10 o’clock with William Watson.

To Watton Statute on pony. Dined at the Bull Wiltshire’s with Thorp from Amwell and Mason from Walkern and 50 more and Dinner: 2s. Spent after with Thorp there: 6d. Spent after at Crawley’s

White Horse, where Mr Kimpton, Chief Constable, dined with Spencer, (the) butcher, and Wing, Vaux’s bailliff, and Langton: 2s. Hired one Lilley, from Bayford, for Servant for £9. Gave for pony at the Bull: 6d and came away. But stopped at Widow Peck’s Stapleford: Spent 9d