Selections from the Diary of Benjamin Woodcock, Master, Barnet Union Workhouse, May 1837 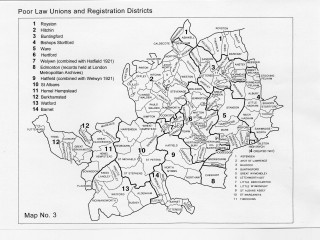 Thursday Mr Benjamin Clayton*, having made application at C Barnet Workhouse for a Servant Girl, the following day I sent him Elizabeth Williams, pauper of South Mimms, as she will not probably be wanted for more than 2 or 3 weeks, may I admit her without the usual orders.

Friday Removed this morning, as per orders of the board, the Women & Children together with all the Furniture from Shenley Workhouse, except a 8 day clock & a Night Chair which Mrs Rogers the Matron says with the approbation of the board she will pay for at Mr Taplins Valuation. Got them all safe in C Barnet house to Dinner.

Friday George Jones aged 61, Pauper of Finchley, was discharged at his own request this afternoon, went out with a Union hat having none of his own.

Friday Henry Crew aged 82, Pauper of C Barnet, was discharged at his own request this afternoon. Had pair of shoes new, & pair of Stockings old, as per order of Board.

Friday Lady Hardwick of Tittenhanger called & wished to go over the house on Friday afternoon, but not having a Guardian’s order, we of course refused.

Tuesday On Tuesday afternoon Mr Winter of Sheney and a Party of ladies, who had heard a very unfavourable account of the New Workhouse called to view the Premises. Who acknowledged on leaving they highly approved of everything they saw. See the inclusion.

Wednesday Miss hill & Friends called at the Workhouse on Wednesday by order from Mr Hopewell & was much pleased.

Saturday Thomas Foskett who was admitted in the house on Thursday last, having Saturday morning shown symptoms of unsettled mind, I watched his movements during the day but nothing Material appeared in his conduct after.

Sunday Nathanial Poulton , C Barnet Pauper, was discharged from the Workhouse on Sunday 21 May at his own request. Had his Union Shoes & Hat.

Sunday Elizabeth Howard, Pauper of Mimms, was Buried on Sunday afternoon followed by two of her Kinsmen & about forty couple of the inmates with the new Clothing.

Monday Monday 22 May. Returned to Mr Marsh, Minories, 1 dozen of the Men’s union Coats being inferior quality as per order of Board. Same day went to Hoxton Asylum**, the Barnet Union inmates all in good health, but dirty and very badly Clothed.

Tuesday The Rev Mr Newcomb & his two Daughters called to view the new house on Tuesday & was much pleased.

Monday Mr Audsley & Daughter from Finchley called on Monday to view the new house & was quite Pleased with the Bedding & other Comforts of the inmates, by order of Mr Bass.

Wednesday Laura Cooper, having asked the Medical Officer If the Hospital would be any benefit to her complaint, his answer was it would be useless to send her.

Wednesday The inmates all generally healthy & orderly. 31 May.

* Benjamin Clayton was a farmer, and during 1835-36 served as elected Guardian for Henley.

** Hoxton Asylum was one of several private-owned lunatic asylums in the Hoxton district of London. Boards of guardians had contracts with private asylums for the care of pauper lunatics, and in the case of Hoxton asylums the majority of their inmates were paupers; William L. Parry-Jones, The trade in Lunacy (London, 1972), pp36, 43, 51.