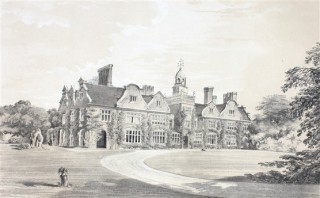 The river began to run in Rothampsted mead the latter end of December, but did not run above half way, till the first week in January, & then it ran quite through the mead & over the high way to Redbourn, with a pretty stream: I saw it so the 12th of this instant January.

This winter was so calm & warm that the Emenyes* continued all winter in flower till Jan 22 primeroses began to bloom the beginning of January, the rose leaves continued on the trees: which all were wipt by the frosty weather, beginning the 21st instant.

1    After a miserable wett night a cloudy day but dry   W:NW

7    After an extream wet night an indifferent fair day   W:SW