The Letters of Arthur Martin-Leake August 1917 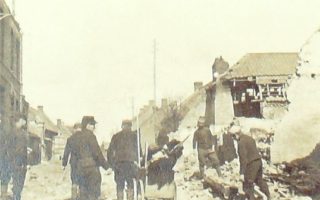 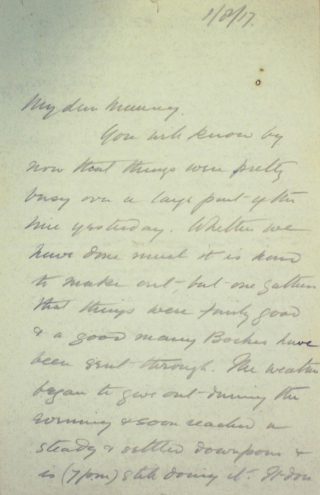 You will know by now that things were pretty busy over a large part of the line yesterday.* Whether we have done much it is hard to make out, but one gathers that things were fairly good & a good many Boshes have been sent through. The weather began to give out during the evening & soon reached a steady & settled downpour & is (7pm) still doing it. It does not take much rain to make this country very bad as it is a sticky, clayey sort of stuff. All seems to have stopped now & I suppose the push is held up for the time being. It is very hard luck on the troops after so much preparation. However things will improve before long. We were very busy up to this morning, since when our work has more or less finished. I believe the casualties have, on the whole, been slight, & certainly more were expected in these parts.

I hope all is going well with you at Marshalls & that Bella is much better. Has she paid the visit to Dr. Bolton yet? Am afraid this weather is not wanted for the harvest but it should not do any harm yet.

Am glad to read that L.G.** states the Russians will pick up again. He should know more about it than any of us.

* This presumably refers to the Battle of Pilckem Ridge, the first major action of the Third Battle of Ypres (also known as Passchendaele) which began on 31st July 1917.

You seem to be having quite an exciting time with the local army. Are you feeding & housing any of them? I suppose they are somewhere on the high ground at the top end of Salmonds Leys Wood…