The Letters of Arthur Martin-Leake June 1918 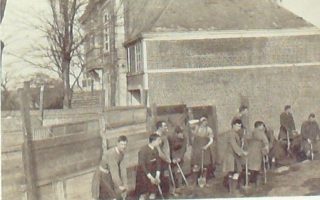 My address is now 42 Casualty Cleaning St[ation]1. I have been given command of this & arrived here yesterday. The change is the result of my fight with the Irishman. It is looked upon as a more classy job, but I don’t think so & would not have taken it unless I had been driven out of my Field Amb[ulance].

Curiously enough it is the C.C.S. next door to the one that I used to belong to, so I know most of the people in it. My old C.C.S. has now moved but this one is still in the same place & has been here for over two years…

The Boche has gone ahead a bit but now seems to be held up again. He has not had it so much his own way this time & has had severe losses…

You will  be pleased with the news from Italy; it all seems to be highly satisfactory & the Austrians are having a good hammering. The French paper today reports that they are back again over the Piave…2

2 The Second Battle of the Piave River, 15-23 June 1918, was a decisive victory for Italy over the Austro-Hungarian Empire, and effectively marked the end of the Austrian part in the war.