The Letters of Arthur Martin-Leake November 1914 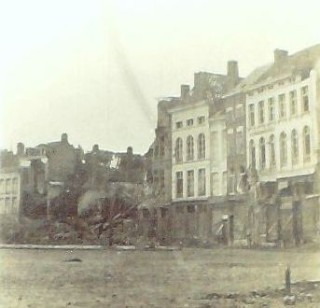 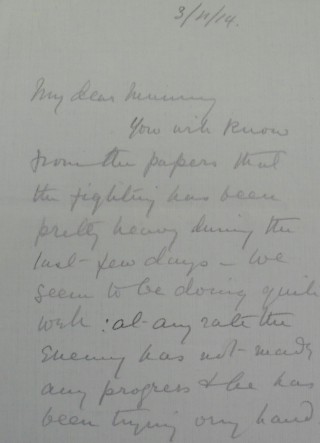 You will know from the papers that the fighting has been pretty heavy during the last few days. We seem to be doing quite well: at any rate the enemy has not made any progress & he has been trying very hard.

We have had no news for some days but there is a rumour of a Russian success. We hope this is so.

The casualties have been very heavy here & we are full of work.

Best love & hoping you are all well.

Here we are still at it. The position as the papers say remains the same. The Germans seem to try very hard to do something, but our people knock them every time.  Their infantry is no good & fights cannot be won by artillery alone. There was one amusing incident here the other morning. The Highland Light Infantry were attacked at dawn. Very foggy morning & they suddenly found the Germans standing in front of their trenches demanding them to surrender. The H.L.I. proceeded to polish off the lot: every German was I believe accounted for either killed or taken prisoner. This is the usual way the German attack is carried out; they completely fail at the last moment. Our infantry are magnificent. If this was war carried out without machinery we should have played with the German as we liked. It is his infernal big guns which save him. You must have seen by the papers that Kaiser Bill had settled to be in Ypres at the end of last month. As he can’t get there he is knocking the place to pieces. It is now a terrible wreck, after the week’s shelling which it has had. This is nothing but wanton mischief & must be done out of pure malice & spite.

I see a letter from Horsley in the Times about the medical organisation. I know nothing about the work at the base, but the great difficulty they seem to have had has been caused by the constant change of base. Our arrangements up here leave plenty of room for improvement; & the organisation is very out of date in many ways. Of course the RAMC are very prejudiced & hate the civilians & have probably tried to keep out the big surgeons from home…