The Letters of Arthur Martin-Leake September 1916 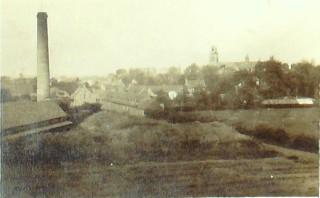 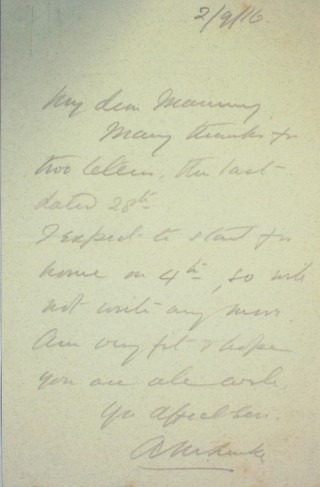 Many thanks for two letters, the last dated 28th.

I expect to start for home on 4th, so will not write any more. Am very fit & hope you are all well.

{Arthur remained on leave at Marshalls for the remainder of September, so there are no more letters for the month. Below is his first letter of October, on his way back to the front.}

Arrived safely last night after a fairly rough crossing. Had much mal-de-mere {sic}, but a night’s rest put things all right.

Reported my arrival this morning & shall get orders in time – perhaps tomorrow. Expect it will be a casualty cleaning station, anyhow will let you know directly I can.

It looks very inclined to rain & is still blowing a good deal so am very glad to be on land. The train & boat was very crowded yesterday, as it was Indian Mail day & the P&O Express was waiting here for the overland people. War doesn’t make much difference to the East, & the people returning are just the same looking crowd as in the old days. Enjoyed my leave very much & feel much better for the change.

Best love & will write again as soon as I know anything.