A picture on the past 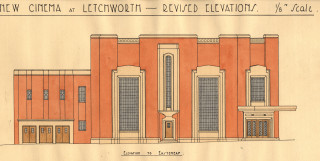 Original plans for the cinema

Broadway Cinema is not your average multiplex.

While towns across the land are plagued by homogenised chain cinemas, Letchworth has a very distinctive character building that oozes with class.

Built in 1930 to replace the original cinema from 1909, the art deco design houses a now fully modernised digital projector which gives cinema-goers the opportunity to see all the latest flicks.

The doors first opened on 26 August 1936 with a memorable showing of ‘Follow the Feet’, which featured Fred Astair and Ginger Rogers.