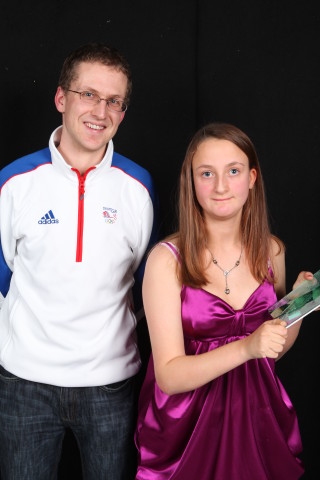 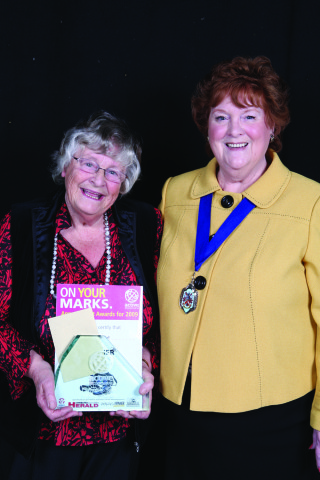 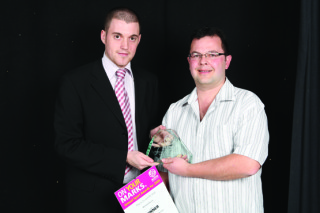 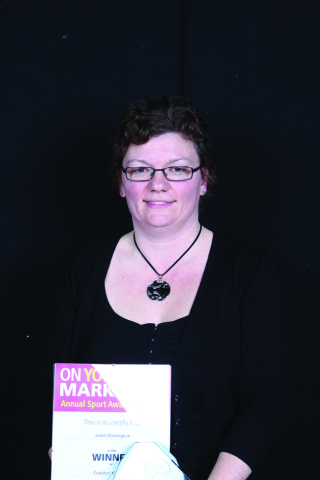 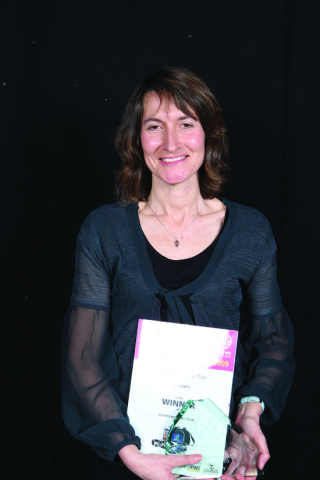 The first Active Broxbourne Sports Awards ceremony was held on Wednesday 28th January 2009 at Broxbourne Civic Hall to celebrate sporting talent and achievement within the borough of Broxbourne.

Approximately 300 people attended the ceremony which was hosted by Mark Neville, the Chairman of the Active Broxbourne Community Sport Network and Director of everyone’s a WINNER magazine who were one of the sponsors for the evening. Other sponsors were Sport England, who had funded Active Broxbourne’s action plan for 2008/9, Broxbourne Borough Council and the East Herts Herald.

A range of special guests helped present the awards. These include Councillor Lyn White (Deputy Mayor of Broxbourne), Annie Thomas ( Hertfordshire Is Ready for Winners), Judy Neville (Everyone’s A WINNER magazine) and Beijing Olympian Acer Nethercott who won silver in the rowing eights.

Mr Nethercott gave an inspiring speech encouraging all the young sporting talent present that they could aspire to competing in the Olympics.   The awards were supplemented by presentations in cheerleading, capoeira and ice-blading – all activities that local schools had participated in during recent months.

Active Broxbourne is the borough’s Community Sports Network, and along with partners and volunteers from many sport and leisure clubs and organisations, it has an objective to increase participation in sport & physical activity by the people of Broxbourne. Already to date Active Broxbourne have delivered many key sessions and activities that have engaged a cross section of the community from our younger members to the over 50’s.

The winners were, in order of presentation:

Young Community Volunteer of the Year

Charlotte Rose has helped with the coaching of young netballers at both Broxbourne School and Turnford Netball Club. Described in two nominations as a fantastic role model, Charlotte was the winner in 2008 of both the county and regional Youth Volunteer of the Year. She was also a Young Sports Ambassador for the A10 School Sports Partnership, for whom she organised a primary school netball tournament. Charlotte is also a talented athlete and has won the English School’s gold medal in the shot put.

Sporting Achievement of the Year

Rye Park Tennis Under 15 boys team won the 2008 Hertfordshire LTA Division One winter singles championship competing against all the other top clubs in the county. Through hard work and dedicated coaching, the five team members (Francis Hunt, Callum Forrest, Anthony Weller, Joe Crilley and Nathan Walker) have been promoted through the divisions to compete and win at the highest level, achieving national ratings and rankings.

Disability Sportsperson of the Year

Catherine Robinson has competed at national championships in kayak marathon racing despite her cerebral palsy. She recently attended training in the French Alps with Helen Reeves who won a Bronze Medal in the 2004 Olympics. Catherine trains at the Herts Young Mariners Base in Cheshunt and is described as a great role model for other young people.

Primary School Team of the Year

Coach of the Year

Janet Warrington has been Head Coach at Hoddesdon Swimming Club since April 2003. As Head Coach, she coaches all squads and coaches every day, encouraging many children to reach their potential including young people on the county’s Elite Athletes Programme. She is currently studying for a BSc in Sport Studies at the University of Hertfordshire to further her coaching skills and knowledge. She is part of the Eastern Region’s Talent Development squad

Disability Coach of the Year

Richard Stevens was nominated by John Warner Sports Centre for his dedication and passion in coaching trampolining for children with disabilities. Richard has delivered these sessions for over 15 years. Regularly attending courses and workshops to improve his skills, he shares his knowledge with others to develop their capabilities. Richard is described as “always going above and beyond the call of duty” and as being very proactive in inviting people to his sessions.

Young Sports Performer of the Year

13 year old Oliver Rowlands from Levitation is National Champion at both Trampolining and Double Mini Trampolining. For the latter sport, he is ranked number 3 in the world and won a bronze medal for Great Britain at the World Age Games in Canada in 2007. He represented Great Britain last year in the 2008 Cup of Flanders and won Gold.

Secondary School Team of the Year

Volunteer of the Year

Fiona Copley is Head of Junior Development and Ladies Club Captain at Broxbourne Hockey Club. This voluntary role involves coaching the Under 9s and Under 15s girls team and the Ladies’ 3rd, 4th and 5th teams. She co-ordinates the junior teams and supports each of the five senior ladies’ captains. Every year she organises the Broxbourne Junior Tournament which attracts teams from considerable distance away. Fiona also coaches hockey in local schools

Sports Performer of the Year

Shaun Collins might be the fastest men in the borough, Shaun, from Woodstock Road, runs for the Enfield and Haringey Athletics Club. He is ranked in the UK Under-20 top ten lists in three events. He is ranked second in both the 2km steeplechase and the 3km steeplechase, and is ranked 10th in the 5000m. Throughout 2008, Shaun notched up 12 personal best times. He has helped his club win their eight consecutive Under-20s men’s national championship.

Club of the Year

Turnford Netball Club were recognised by the Herts Sports Partnership as the Club of the Year in 2008. In the past year, their Under 14 team won the National Club Challenge Cup. They won the Eastern Region Nextgen award for their youth volunteer programme with one of those volunteers winning Herts Youth Volunteer of the Year. 23 players were selected for the Hertfordshire Academies. Three players were selected for the Eastern Region Talent Development Programme and one was selected for the England Under 17 training programme.

Maureen Ball has over 50 years service to netball; having founded the Oakwood Netball Club in 1958. In 1967, Maureen founded Turnford Netball Club where she is still an active administrator. Turnford Netball Club is one of the most successful junior clubs in the region and won the Under 14 National Championships last year. In 1970, she formed the Turnford Summer Netball League which has 60 teams regularly participating. In 1975, she formed the Turnford Junior Summer League. The Turnford Winter League was formed by Maureen in 1980 and a year later, she created the Broxbourne and District Netball League. In 1988, she formed the Wormley Netball Association. Since 200, Maureen has organised and run “Back To Netball” sessions to encourage women to re-enter the sport.