The 'heart' of the village for around 200 years 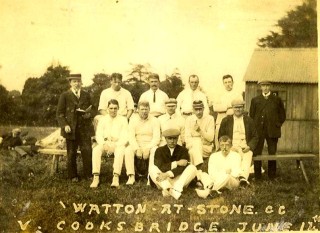 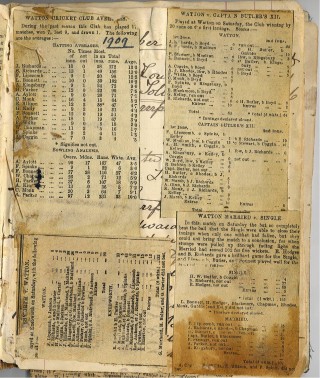 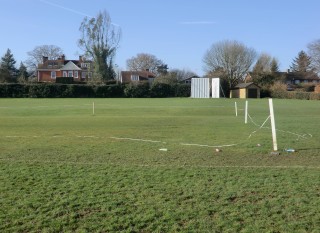 A Winter's view of the Watton cricket table.
Terry Askew 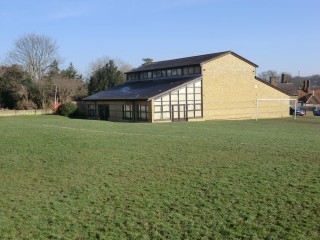 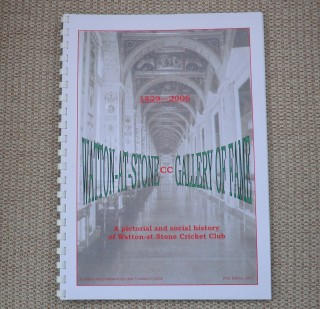 The earliest recorded reference to a match played by Watton at Stone Cricket Club appeared in the Hertfordshire Mercury, which reported Watton’s loss to Tewin on 18th July 1829 by a total of 66 runs after two innings. It is fairly safe to assume, therefore, that the history of the Club predates this date.

It is not known where Watton’s home ground was situated in those days. Later, ‘home’ fixtures were played within the Woodhall Estate, the current ground in the village being secured in the early 1900’s, with the necessary work being carried out to lay down the ‘table’ taking from 1905 to 1910. As a consequence of the latter ground being part of church lands, no Sunday play was permitted until as late as 1960, when adminstration of the ground fell to the Parish Council.

For a time the full name of the Club was ‘The Watton at Stone and Bennington Cricket Club’ and a score book exists with this name embossed on the cover. Entries in this scorebook, detailed in pen and ink copperplate writing, cover the years 1854/55 and 1870 to 1874. The Club also fielded, for a time, a ‘Woodhall Park’ X1 and captain of both teams was an Arthur Kingsbury who was head butler at Woodhall Park from 1893 to 1909.

A ‘gem’ which survives from those times is that of the Head Butler’s petty cash account book which had been re-cycled by Arthur Kingsbury and used as a scrap book, interspersing pasted-in cut-outs of newspaper reports of matches with details of the Woodhall Park daily accounts. Looking through these cut-outs reveals a fascinating list of clubs and ‘scratch’ teams played against by Watton, including those representing great estates such as, Poles, Sacombe Park,  Goldings and Broxbournebury, as well as those from surrounding towns and villages.

Cled Fursland, a former player of many years with Watton, and Life President of the Club, has produced  a magnificent gazette of interesting anecdotes and stories collected over the years and contributed by players, past and present.

International cricket  matches have been played since 1844 and Test matches since 1877. The first cricket club – London and Dartford – was formed in the early 18th century, and M.C.C. and Lords founded in 1787.  The ‘straight’ bat was introduced to counter “balls in flight” and, in 1820, ’round arm’ bowling was becoming accepted. Sussex C.C.C. was founded in 1839 (the first county club).