A Doctor at Sea 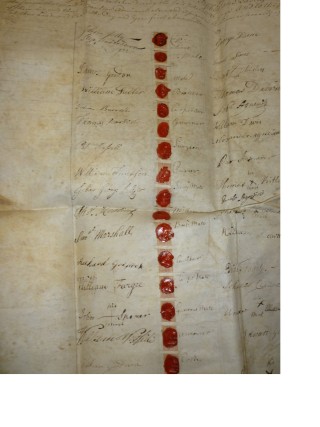 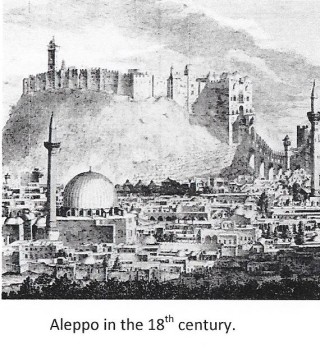 The Delmé Radcliffe collection at HALS includes papers relating to the Radcliffe family’s trading enterprises including “The Ship’s Articles of the Officers and Crew of the Delawar bound for Turkey on 22 July 1746 and then to Leghorne [Livorno,Tuscany] on behalf of Edward and Arthur Radcliffe, John Jolly commanding”. [HALS DE/R/B387/39]

79 men signed the document. Some signatures are not legible but most have been transcribed, see link below. As to be expected, the majority of the crew were sailors but the ship also required gunners, carpenters, cooks and a surgeon, Patrick Russell.

Patrick Russell was born in Edinburgh in 1727 and he and his older half-brother, Alexander, trained as doctors. Alexander became the Levant Company physician in Aleppo and Patrick, as surgeon on the Delawar, had opportunity to visit him and later succeeded him as physician to the British community there. (Their employment suggests an early example of an occupational health service.)

Both became well known through their studies of natural history. The Natural History of Aleppo was published by Alexander in 1756 and expanded by Patrick into two volumes in 1794. He also produced a Treatise on the Plague. Patrick left Aleppo in 1771 and travelled to Italy in order to conduct further research into disease and methods to limit its spread. He intended to return to Edinburgh and practise but was persuaded to move to London and became a member of the Royal Society.

In 1781 he went to India. Another brother, Claud, was Chief Administrator for the East India Company but was in poor health and Patrick was asked by the family to attend to him. Whilst there he studied the natural history of the region and was offered the post of Naturalist to the East India Company. He retired in 1789 and returned to England. Patrick died in 1805.