A new look at the Wittewronge archive collection 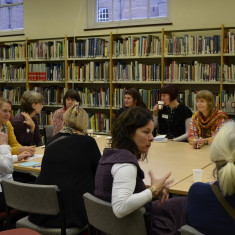 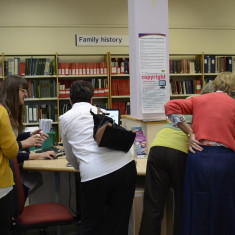 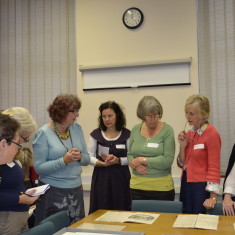 On Monday 14 October 30 curious textile enthusiasts gathered at Hertfordshire Archives to find out about a new project, Threads of Time.

During the project, participants will use documents from the Wittewronge collection at HALS as inspiration for artwork to be completed in time for an exhibition at HALS in June 2014.

On the day, documents about a Tudor sea adventurer, a civil war general, a woman accused of witchcraft and an early weatherman were on display. These proved to be a rich source of inspiration, and by the end of the morning there was a buzz of excitement  about planned projects involving witches, weather diaries and more.

As well as an exhibition, there will be an opportunity for the public to see some of the work in progress when open studio sessions are held at HALS. This will be a chance for participants to show off their skills and talk about what has inspired them from the collection.