You are here: Home>Herts history>Leisure>Threads of Time>Two hundred years since the birth of Sir John Bennet Lawes

The Founder of the Rothamsted Experimental Station 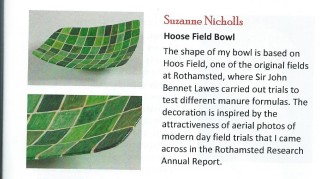 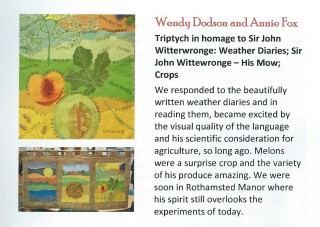 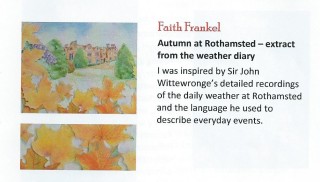 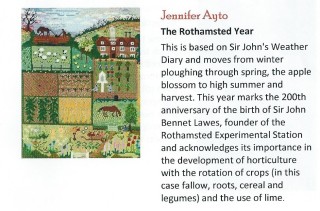 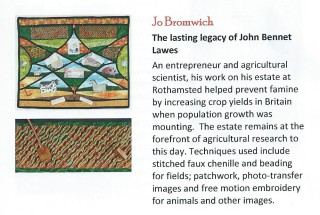 June 2014 saw the opening of an exhibition at HALS of work by local artists who had been inspired by the Wittewronge archive.

This also coincided with the birth, two hundred years ago, of a man whose interest in agriculture and ways to improve the yield of crops has provided the foundation of work which continues today.

Sir John Bennet Lawes was born on 28 December 1814.  He was a descendant of the Wittewronge family and, as his father died when he was young, took over running the home farm in 1834.  Within a few years he was applying his interest in chemistry to the growth of plants.  The  story of this can be found on the Harpenden Heritage site where there is “A Brief History of Rothamsted Experimental Station from 1843 to 1901“

Several contributors to the Threads of Time exhibition based their work on Sir John’s achievements.

The research continues today with the aim of increasing crop productivity and the development of sustainable solutions for food and energy production.  A remarkable legacy.