You are here: Home>Herts history>Leisure>Threads of Time 2>Bundle of bills !

Find your own inspiration ! What a challenge !

The endless amount of lists were evidence of nearly every aspect of the Radcliffe family daily lives being recorded and documented. Everything bought was listed and the subjects were vast. Looking into a brown cardboard box, a fascinating round sculptural form appeared – dusty delicate delightful ! A bundle of bills ! These bills were not in a conventional log book, they were bills placed on a vertical wire knotted and tied with string. Could the bills be kept possibly to file or referred to at a later date. The edges of the papers were torn and discoloured, it was the rounded shape that drew my attention.

There is something so interesting about paper that has aged, the dusty texture, fragile surface quality, differences in the text or style of handwriting used over time. My thoughts about the paper and my immediate response to the archive documents were to be the foundation for my work. Recently while sorting through resources I came across a book I saved from being thrown away, it was tatty and so disregarded. The discoloured and worn edges of each page was not too dissimilar the paper seen in the archive. Referring to my photographs taken at HALS and my sketchbook notes I began to explore the material, tearing, folding, cutting, layering and stitching. 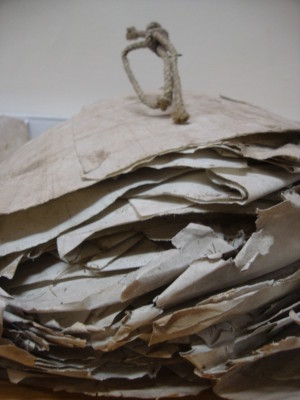 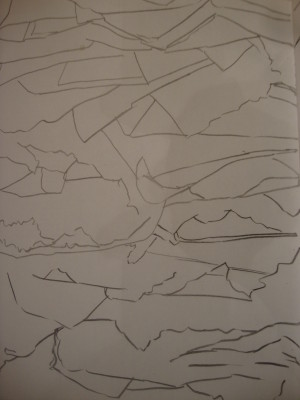 Drawing of the Radcliffe bills 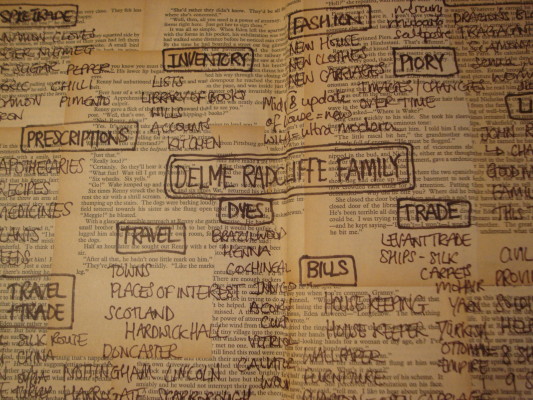 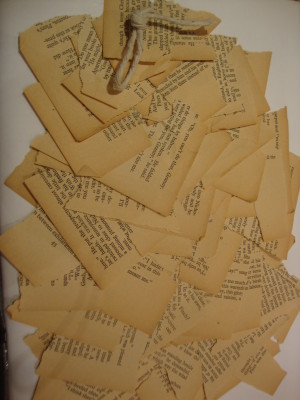 Threads of Time – Stitch in Time

Paper a material which is used daily in a number of contexts, so familiar, is it taken for granted. We write on it, print on it, wrap with it, read words on it, wipe with it, eat food in it, line walls with it, make underwear out of it, carry goods in it, shred and recycle it, to name just a few. Paper as a material is just as diverse as the multitudes of jobs it can be used for. As a textile, paper can be worked with in both 2D and 3D. It can be soft so flexible or hard so strong. The bundle of bills in the Delme Radcliffe family archive must be strong enough to hold its round shape although it looks so delicate, the edges could crumble. The discoloured pages in the book I have been using for my work feels delicate, though when folded and stitched is surprisingly strong. 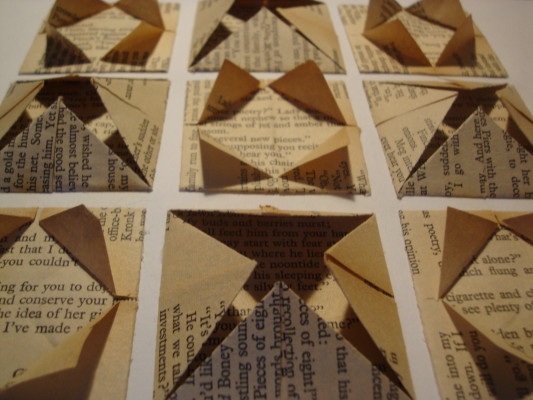 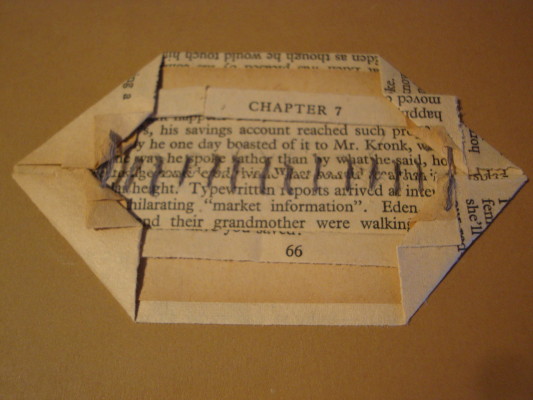 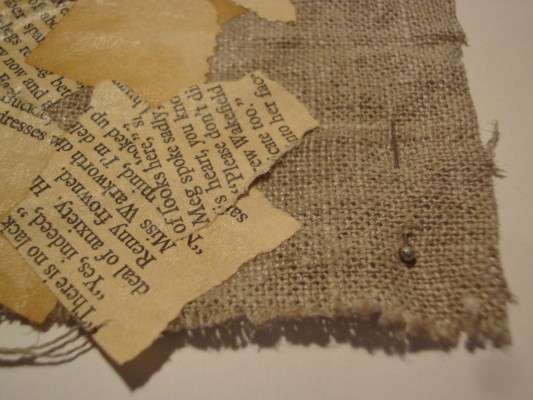 Since I first visited HALS to research the Radcliffe family archive, my eyes were drawn to the weights used for holding the large Hitchin Priory map open. These long soft black leather weights rested gentle on the curled sides of the paper cloth map of many years. The wholesome round black leather weights were so soft to touch, a complete form which could sit neatly in the palm of my hand. The transparent round glass weights appeared to magnify the documents below.  These objects fascinated me, so simple functional but beautiful. 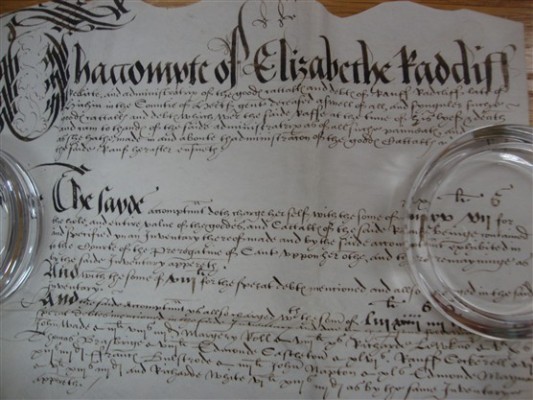 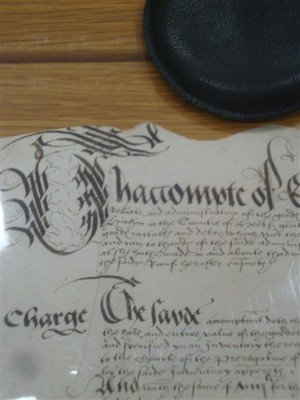 Tools for the trade !

The Radcliffe family traded in luxury goods, woven silks and carpets. Quality sacks of mohair yarns, fine wools, cotton yarn were also carried on ships. Others goods included spices and dyes, medicinal plants and drugs. Relating the ideas of trade, my thoughts began to think about the archivist as a trade or trader. What tools do they need for their trade ? This became clear by the rules of using the archive. ‘NO EATS, NO DRINKS, NO INKS !’ Looking around I noticed others using a brush to dust of the fragile documents – protect, preserve and cleanse ! I thought about the tools I had to research and record my findings. My pencil, notebook and camera, all equally important to capture my thoughts, responses and creative ideas. 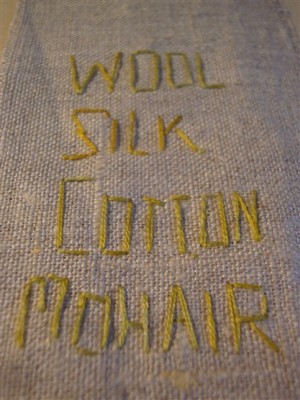 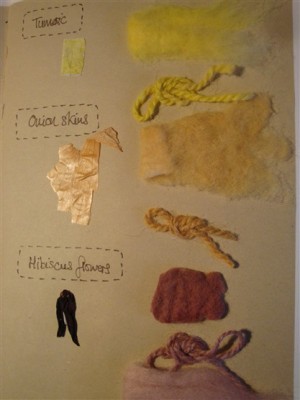 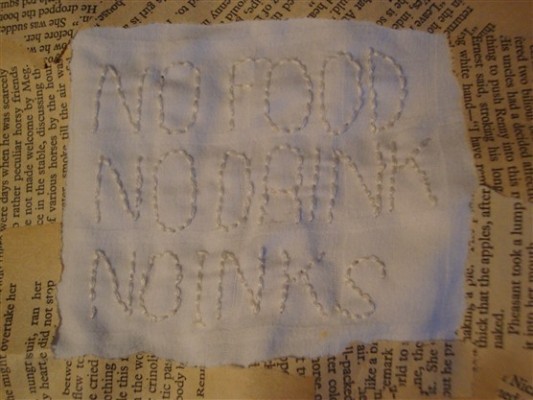 Seals of the Sailors !

For me the ‘Crew of the Delawar’ document is one of the most attractive seen so far in the Radcliffe family archive. The tonal paper, neat handwriting and most of all the strong contrasting red seals. Traditionally seals were marks made by a tool to make an impression into wax on paper, to authenticate a document. I wonder could it be that rubber stamps were a development from seals ? I remembered a small seal making kit I had collected many years previously.

The rows and columns of these primary red seals jumped out of the document. It was this that really inspired me to return to the fragile and faded recycled book. After going through my embroidery threads I carefully selected the primary red thread, this was the colour chosen to represent the stitched seals on the original documents. 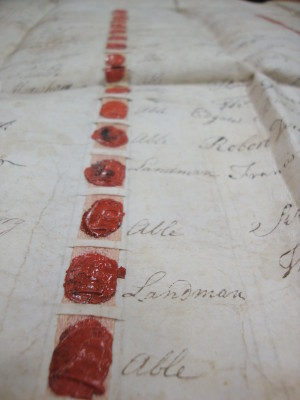 Crew of the Delawar document 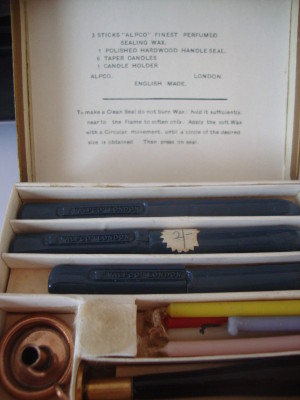 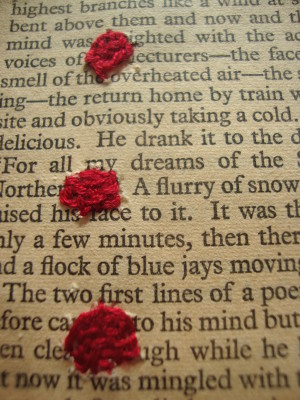 My embroidery inspired by the Crew of the Delawar document.

~ TOOLS OF THE TRADE ~ SEALS OF THE SAILORS ~ SIGNATURE ~

And finally to gather all the Radcliffe family archive inspiration and thoughts. My outcome is a direct response to the interesting documents, objects and tools used in the archive. 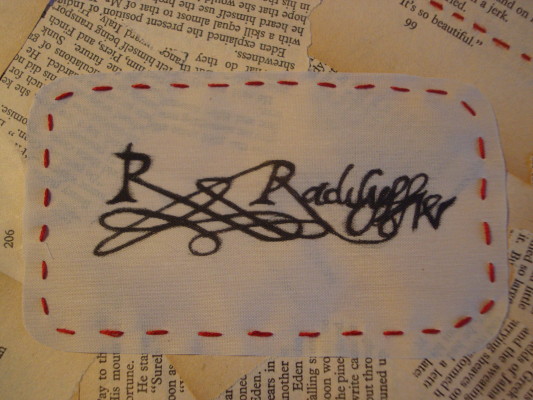 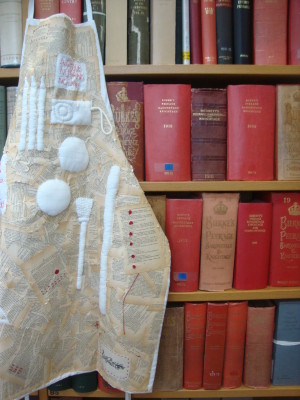