Papers found in the loft of a house in South Hertfordshire 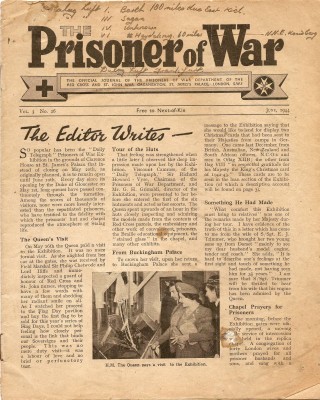 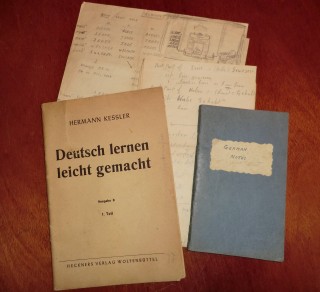 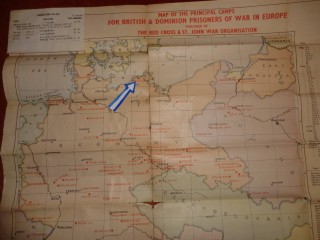 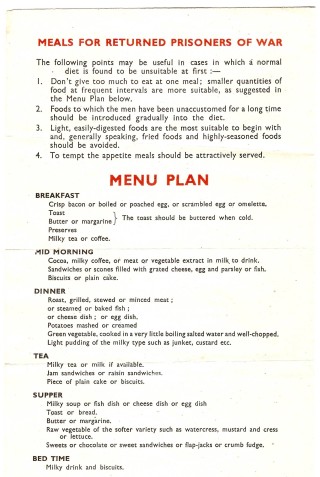 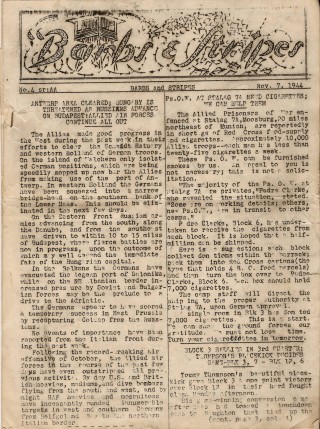 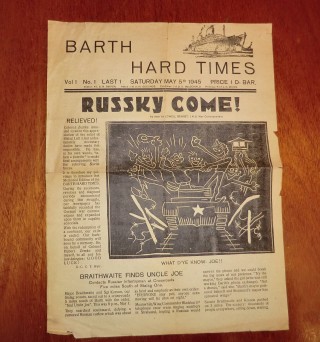 Being a bit of a ‘magpie’ and known for my interest in the Second World War, some years ago I was given a bundle of items and papers which were found in the loft of a house in the South of Hertfordshire. These items I have cherished and kept ever since and, only recently, tried to find out more about them.

Regrettably, nowhere can be found the name or any clue as to the identity of the hero who caused this modest collection to be put together.

The most numerous items are copies of a magazine, sent free of charge to next-of-kin, called ‘Prisoner of War’ . This was published by The Prisoners of War Department of the Red Cross Society and St. John War Organisation at St. James’s Palace. By the standards of the time it was quite a substantial publication, comprising 16 pages covering such subjects as reports and photographs from the various camps, letters home, and advice to prisoners’ families as to what items to send. It seems that (in 1944) the most requested were towels, razor blades, braces, dentifrice, tooth brushes etc.

Surprisingly, flying in the face of how contemporary war films would have us believe that inmates spent all their time ‘goon baiting’ and digging tunnels, it seems that the camps were a hive of industry – in one, manufacturing snooker balls from ping pong balls filled with plaster from a syringe. In another, I was surprised to learn that studies for professional qualifications continued and exams were undertaken through the post.

From many and various exercises on paper it seems that our p.o.w. took the opportunity to study the German language which, it would appear, was encouraged as a textbook printed in Germany in 1944 had been provided.

Quite a large map for next-of-kin was provided by the Red Cross, showing the location of most p.o.w. camps in Germany and Poland. Along with this was a leaflet for the guidance of re-patriated p.o.w. next-of-kin on the subject of feeding upon their return to the U.K. It gave guidance regarding diet and the sort of meals to offer so that they did not make them ill with too much food or food too rich for their deprived digestive systems.

I have kept the most interesting until last – copies of two p.o.w. camp magazines – ‘Barbs & Stripes’ and ‘Barth Hard Times’. It was whilst researching these that I was able to confirm that our hero was R.A.F. aircrew as the two magazines were from Stalag Luft 1 at Barth – on the Baltic coast of Germany. This camp comprised approximately 3,000 U.S. and 1,000 R.A.F. personnel. It is amazing that ingenuity overcame obviously very limited resources to be able to produce ‘Barbs & Stripes’ albeit typed and duplicated in some way in primitive circumstances. In the 7th November 1944 issue an article contains a plea to the prisoners to donate surplus cirgarettes for sending to their less fortunate comrades in a Stalag 20 miles away, and it seems almost inconceivable that the Germans were prepared to co-operate in their transport.

A much more professionally produced ‘Barth Hard Times’ dated 5th May 1945, a ‘one off’ edition only, bears the headline “Russky Come” and details the collapse of the German administration.

Footnote: During my research I ‘crossed’ with the website of the American 303rd Bomb Group. At their request I shall be sending them a copy of ‘Barbs & Stripes’ as they have none.