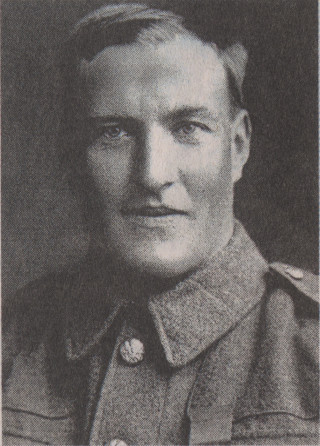 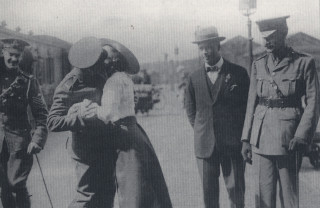 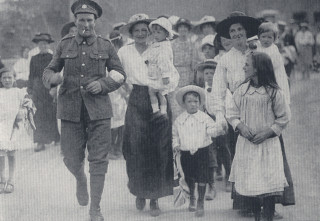 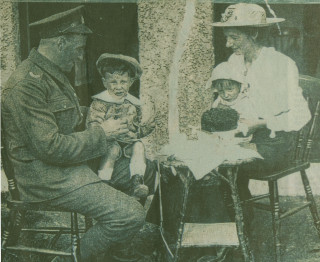 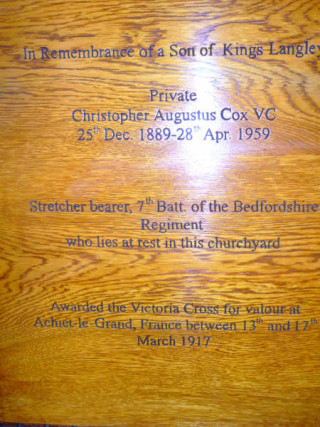 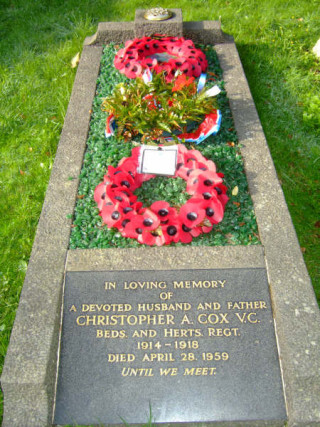 Christopher Cox was born on Christmas Day 1889 in Kings Langley and had spent his entire life in the village before joining the army.  Cox attended the Church of England School before working as a farm labourer or hay carter at various farms in the area.  He married Maud Swan in 1912 and they lived at Primrose Vale, eventually having eight children.

Bravery on the Western Front

Cox enlisted at the first recruitment meeting in Kings Langley on 5th September 1914 commenting, ‘It’s better to go now than wait to be fetched’.  On 13th March 1917, Cox’s battalion were forced to take cover in shell holes when they came under heavy artillery and machine gun fire. Cox showed contempt for the incoming fire as he went out alone and brought back four injured men from his battalion. This done, he went out again to collect the wounded from other battalions. Cox carried on in a similar fashion over the following two days. An officer witnessed Cox:

wandering about in front of hill 130 in the front wave attending the wounded.  He showed absolute contempt of the volume of machine gun fire and heavy bombardment. I previously saw him carry back a man on his back on three different occasions, and on withdrawing my Company I found he had similarly treated six others, two of whom were wounded a second time when he was carrying them.

A hero is welcomed home

When Cox returned to Kings Langley after receiving his VC at Buckingham Palace he was met by ringing church bells and cheering villagers who had adorned the village with flags and a large banner reading ‘Well Done!’. Cox was presented with a £50 War Loan and a gold watch while Maud received a silver teapot.

When Cox was called to address the crowds at the Church House he said, ‘I have only done what any British soldier could do’. When pressed to continue he added ‘It’s no good sir; this sort of thing is not in my line’.

After the war Cox worked at the Ovaltine factory in Kings Langley as a maintenance labourer. During the Second World War he served in the Home Guard when he vainly tried to rescue Ted Carter from the Griffin pub that was on fire after being hit by a German bomb. In 1954 Cox fell from the roof of the Ovaltine factory and spent much of the last five years of his life in hospital. He died in 1959 and was buried in Kings Langley churchyard.

In March 2007 a memorial dedicated to Christopher Cox was unveiled at Achiet-le-Grand, the place where he won the VC. The ceremony was attended by over 200 people including Cox’s 78-year-old son and two of his grandchildren.  Another memorial was erected in All Saints church, Kings Langley in September 2007.