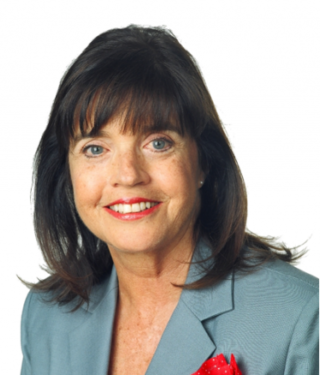 Daphne Barbara Follett (née Hubbard, born 25 December 1942) was the British Labour Party Member of Parliament (MP) for Stevenage from 1997 until 2010.

During this time she held several parliamentary and, despite having voted 19 times against her own government, ministerial positions.

In the decade before entering Parliament she played a major part in transformation of the Labour Party.

Firstly, by making members more aware of their visual impact on voters and secondly by co-founding and running two organisations, Labour Women’s Network and Emily’s List UK, which spearheaded reforms that helped Labour to return a record number of 101 women to Parliament in 1997.