In Watton at Stone ? 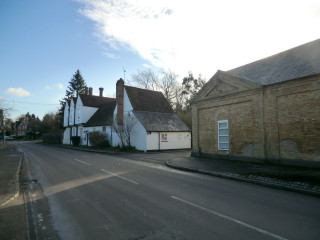 Looking towards Watton Place, with part of the fish factory building in the fore-ground.
Terry Askew 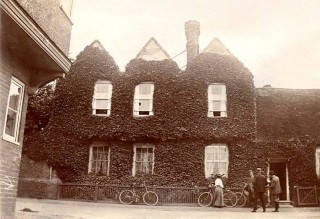 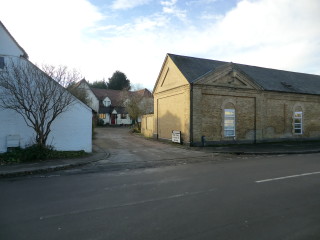 Moving into Watton over twenty years ago, I became aware of references to a “fish factory” having been in the village but since closed down, and the site redeveloped for housing.

The subject came up again recently, and I am grateful to a Melvyn Holt for letting me have a potted history of the enterprise, in which he was involved as a director all those years ago.

The story starts in 1958, when the company of Holden Du Cros Ltd. commenced trading in the City of London as importers and exporters of of food products. One of its customers was GW Holt & Sons who were fish smokers based in London’s East End. In 1960 Holden Du Cros commenced production of sliced smoked salmon products in Lewisham and GW Holden were commissioned to smoke salmon for them.

Then a development occurred which changed everything – in 1962 London became a smokeless zone, in order to deal with the chronic smoke and pollution problems which existed then. A company decision was then made to combine both operations with a London office and to re-locate production outside London.

After considering sites in various counties Watton at Stone was chosen, and premises comprising cold storage units and a small kiln for ham smoking were created primarily by converting existing farm buildings.The Watton premises were re-licensed for fish smoking and some of the units were converted into production rooms and 10 brick built kilns -“smokeholes” – were built in the open yard.

The premises were gradually expanded, rebuilt, equipped and modernised, with further kilns added between 1967 and 1985. This expansion took them into adjacent farm yards and the farmhouse known as Watton Place. This took the employee numbers to around 50 and the enterprise becoming one of the largest producers of smoked salmon in the UK.

In addition to catering for demand in the UK, products were exported to Europe, primarily France and Germany, and also to South Africa and Australia, which earned the company the Queens Award for Industry. Another source of business for the company in the early days was the export of venison and game obtained from estates in Scotland.

In the late 80’s things began to change in the market with the appearance of farmed salmon from Norway and Scotland, combined with large corporations using modern smoking methods, challenging the company’s specialisation in wild stocks.

Various measures were undertaken in the face of this competition including mergers, reconstruction, and relocation of the business away from Watton at Stone, where the premises were closed in March 1990 and subsequently demolished and redeveloped for housing.

The rest of the group, or corporation, finally ceased trading in 1992.