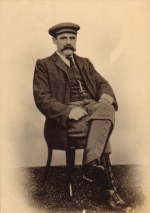 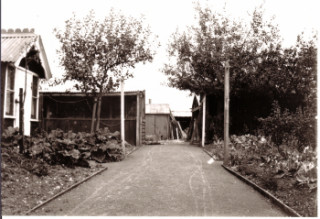 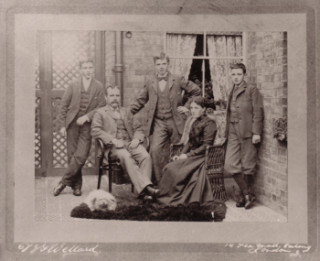 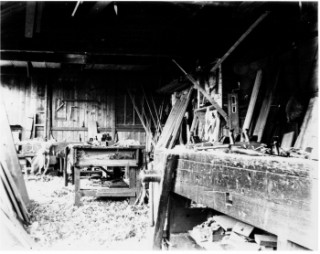 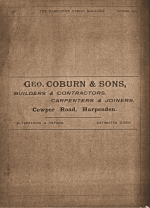 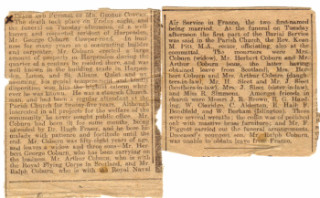 George Coburn was born in 1858, in Woburn, Beds. Served his apprenticeship in Carpentry and Joinery with a local builder.

He married Elizabeth Fleet, and had three sons, Herbert, Arthur and Ralph. George Coburn and his family moved into 58 Cowper Road, the weekend  in May when the 1891 Census was taken, and  became an established builder and joiner in Harpenden.

He built or was involved in the building of good class Edwardian houses – for example those in Ox Lane.  His three sons eventually joined him in the business. A number of local boys served their apprenticeship in his workshops.

A note book records that at one time he had at least twelve men working for him. He made and gave the Bishops Chair to St. John’s Church  when the new church was opened in 1908.  His firm also built an extention to St.Nicholas School.

On completion of their war service his three sons carried on with the business through the difficult years that followed. His widow, Elizabeth, continued to live on the premises, until her death in 1951, after which the business was sold. Herbert also died in 1951, Ralph in 1952, and Arthur in 1958.

No doubt George would have been pleased to have  known that his two grandsons continued in building trade, one becoming an architect the other a senior lecturer in Carpentry and Joinery