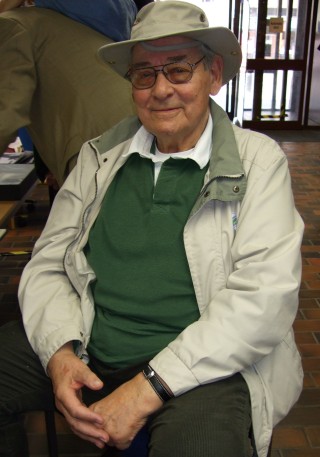 Roger Robert Ray tells the story of his father's life

My father was born at Rye House and christened at Stanstead St Margaret’s Church. He was the eldest of four boys and when he was just a boy of 12 he started work as a gardener’s boy at Copt Hall. He was too young to live in the gardeners’ bothy (a barracks where all the gardeners lived) as he was under 14 so he used to walk all the way from Nazing.

When I asked him what hours he worked I was told: ‘Can to can’t’ and then he used to have to walk across the fields all the way home – approximately seven miles.

Working on the trams

They used to have to queue up for work at Tramway Avenue in Edmonton which was the tram depot, and they got a shilling for attending. If they were picked for the days work they would get five shillings. It wasn’t until just before the first world war that they were guaranteed at least three days a week.

I’m the youngest of seven of boys. In about 1936-7 I used to meet him with a billy can of tea when I was about seven years old. I joined the scouts during the war and most weekends in the summer we went Tolmers (Cuffley) Camp and now and again we’d be allowed to camp at a farm at Amwell Crossroads. I had a hell of time and really enjoyed it. I joined the marines in January 1951 and did my National Service.

I eventually moved back Broxbourne where my paternal ancestors came from 16 years ago. We really like it here – particularly my wife.

His grandfather was buried at Nazing.