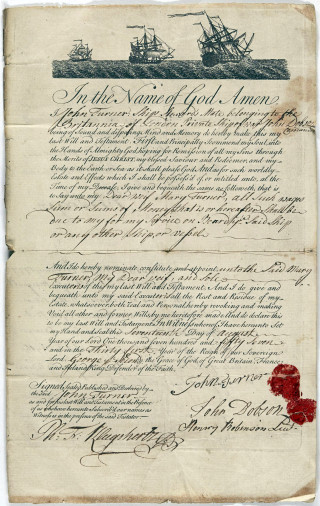 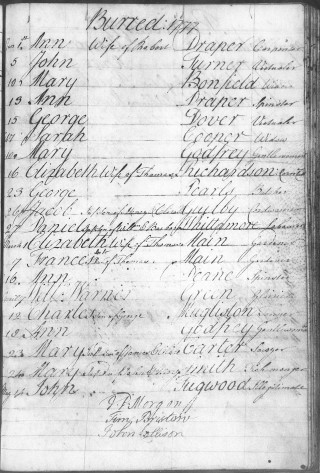 The illustration shown is the will of a John Turner, who according to the said will, was a Ship’s Steward’s Mate aboard the Britannia of London, Private ship of war, John Dobson comander. It is date 1757 and possibly something he had to do before he went to sea. This is an unusal item to find within the Hertfordshire Will collection as Hertfordshire is landlocked. John Turner was a victualler and he was listed in the militia list for Hitchin in 1769, 1772, 1773 and 1775. He was buried in Hitchin, St Mary’s on January 5 1777