The Thoughts of a Pioneer 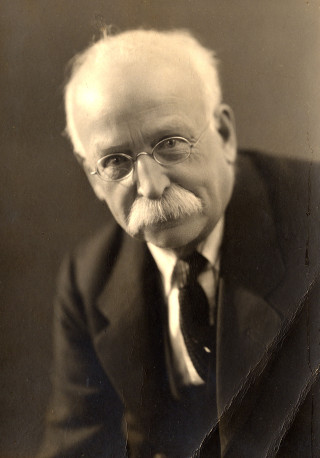 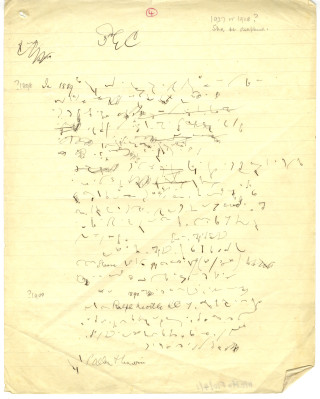 After some years and many cups of coffee/tea and lots of biscuits, a small group of volunteers (recruited by Susan Flood of Hertfordshire Archives & Local Studies at County Hall, Hertford), have deciphered a large quantity of shorthand notes written by Ebenezer Howard, the founder of Letchworth Garden City and Welwyn Garden City.  These notes were on various subjects ranging from “ Third Garden City” to “Homelessness”, “Success” and “How to build a Garden City”.

Can you fill in the gaps?

We decided to publish the first one of these and would like your help to fill in a few gaps which have ‘baffled’ us all.  Here you will see the first page of shorthand, together with our transcript   - you can have a go at filling in the gaps.

You may also find that some of our words are wrong too!  We welcome any suggestions.  Click on the picture to get a bigger image so that you can see the writing more clearly.

Here is the transcript of Page 1:

In 1889 I published “Tomorrow A Peaceful Path to Real Reform’.  In later editions called “Tomorrow”.  In the opening chapters of the book I cited various writers and speakers who ……………………were appalled by the growth of London and other large cities and suggested the building (at Welwyn) of a town on a considerable patch of land which was well nigh devoid of population and was therefore purchasable at a very low price; a new and well planned town permanently fringed by its own agricultural estate that one should seek to attract numerous industries to the town thus making it possible for all so employed to live near their work in cottages with good gardens and.………………………………. which should be in marked contrast to the slummy conditions in which so many people live in our great cities.  Soon afterwards I formed the Garden City Association (now called The Garden Cities & Town Planning Association) to propagate these ideas its first Secretary being Mr. William Steere, Barrister at Law.   Mr Clement Bullchurch (afterwards Judge of the High Court), and with numerous friends, gave lectures on the subject in various parts of the country.   In 1890 a friend called my attention to an article in ‘Labour Co-Partnership’ written by Mr. Ralph Neville KC, in which he expressed instant approval of my proposals.   I at once went to see him at his Chambers in South Square and he at once expressed himself willing to join our Association and soon afterwards became its Chairman.  This acquisition to our ranks was of very great importance and we were at once able to