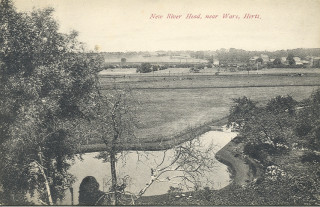 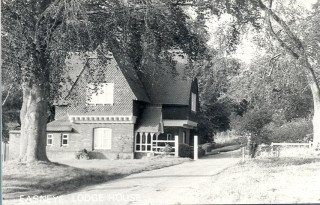 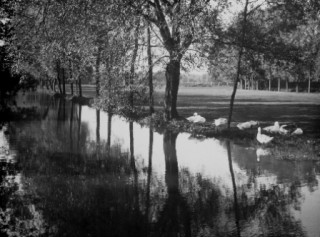 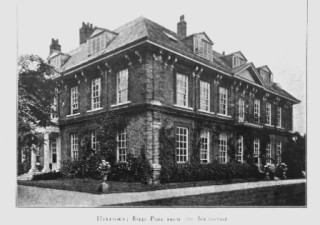 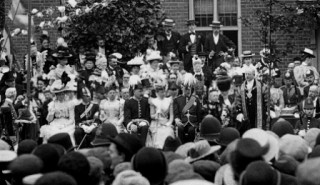 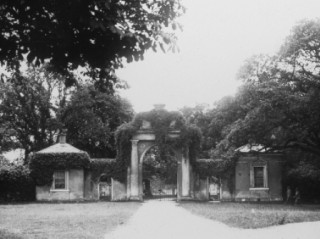 I was born on March 6th 1902, in a small cottage within sight of the famous Chadwell Spring, the source of the New River, which supplies much of London’s domestic water supply.

The view across the lush water meadows to the beautiful Ware Park, which lies to the left bank of the river Lee, would still the heart of any country lover.

This large estate of the landed aristocrats of those days teemed with game and rabbits by the thousand. I well remember a large number of the latter were black in colour, which is unusual among wild rabbits.

It was down in the aforementioned meadows that the children of my day used to play, and what fun we used to have during haymaking time in our summer holidays, and in the winter the meadows when flooded used to afford wonderful skating, the ice being thick and clear.

I remember being down on the ice late one night when Halley’s Comet was last seen in this country. The year I think was 1910, or thereabouts. *

Christmas in my childhood was a wonderful event eagerly awaited, for then we used to have a rare good feed of everything associated with the period, having saved our pennies over a very long period for the great day.

Another great event was the Whit-Monday Fete held on Hartham Common, with its large fun fair and athlete sports. Some of the great runners and racing cyclists have appeared there from time to time, among them Joe Wells of Ware, who once represented England in an International match over the 100 yards sprint.

It was at the Whit Monday Fete, that I saw my first cinema film, a flickey and wobbly affair, but at that time a truly wonderful thing, far removed from the cinema of today.

The Hartham Common in my early days was a real beauty spot, washed by three tiny rivers which were lined along their banks by beautiful willow trees which used to sweep down into the water. It was the pride of the Borough of Hertford.

The Hartham Common in my early days was a real beauty spot, washed by three tiny rivers which were lined along their banks by beautiful willow trees which used to sweep down into the water. It was the pride of the Borough of Hertford. Today this same spot is desolate, with all the trees gone and the streams full of weeds and rubbish of every sort. In this crazy age, very little interest is bestowed on such things. ** I remember too, what was to me an exciting event on the aforementioned common, that was the occasion of the coronation of King George V in 1911. All the schools in the Borough assembled their pupils there and we were given tea and buns.

Hartham was used in the early days of flying as a control point for the annual event of the air race around London, and in 1913 I saw some of the pioneer pilots including Gustav Hamel, the finest flyer of his time of racing aeroplanes, and Colonel Cody, who originated the old Royal Flying Corps at Farnborough long before World War I.

I also saw Mr B. C. Hucks in flight. This pilot was the first Englishman to fly upside down and loop the loop, a very dangerous feat in those days, when planes did not fly in high wind or heavy rain.

On my leaving school, I took up horticulture as a profession, this being one of the trends of my family. My grandfather had been Head Gardener to Sir Charles Booth, the Gin Distiller. My first job on a large private estate was at Easneye Park, Stanstead Abbots in Hertfordshire, the seat of J. H. Buxton Esq.

Here I got a thorough insight into my profession, under a highly skilled gardener, a Norfolk man, Roy by name.

Here in this great garden, the finest I ever worked in, was produced every conceivable fruit and flower worth growing, both under glass and in the open, and what a beautiful mansion and park this was. Game was abundant.

The Squire being a great shot, the staff used to be called on to join the shooting parties from time to time to beat the birds and drive them over the guns.

This was an all-day event, and we used to meet at the Home Farm at midday for a hearty feast set out on trestle tables, and a good time was had by all, food and drink aplenty.

This place was a complete self-contained unit, having its own employees for every conceivable job. Wheelwrights, painters, carpenters, dairymaids, laundry maids, even its own church and parson, whose stipend was paid by the Governor. It was a great shame when this place went to pieces after the first great war, on the death of the squire.

From Easneye Park, I next went in pursuit of further experience to Balls Park, Hertford, the seat of Sir George Faudel-Phillips Bart., who was the Lord Mayor of London in Queen Victoria’s jubilee year.

This estate also boasted a very fine garden and had the finest shrub border I have ever seen anywhere, being, I should think, all of three hundred yards long by about twelve yards wide, and containing flowering trees of every conceivable variety. There was also a large conservatory containing the finest specimen of yellow mimosa I have ever seen anywhere. It covered the whole roof inside, and the scent on opening up the place each morning was almost overpowering, while beneath it were orange and lemon trees which fruited freely and looked quite normal in size and colour to those seen in fruit shops.

It was on this estate in 1912 that I saw my first aeroplane on the ground, a Bleriot monoplane piloted by M. Manio. This flyer later lost his life while in Portugal, in a plane crash.

My word, how aeroplanes have altered since those early days. This one was so frail that one man could easily have picked up the tail end on his shoulder and wheeled it along. The undercarriage had ordinary bicycle wheels, and its speed was around fifty miles per hour. Incidentally the world’s flying speed record is 2,150 miles per hour by an American machine, just a few days ago in August 1960.

My word, how aeroplanes have altered since those early days. This one was so frail that one man could easily have picked up the tail end on his shoulder and wheeled it along.

My next place was “Queens Hill”. This was a much smaller place, owned by Lionel Hart Esq., but with a very nice garden and an owner who was a keen horticulturist, who spared no outlay to obtain the latest plants, roses and carnations being first favourites. We had many successes at the shows, both locally and at the Horticultural Hall at Westminster. My employer was one of the finest gentlemen I ever met, and I stayed with him for three years. He then gave up the place and took up residence in Hampstead, and I lost a very good friend. I stayed for another twelve years at this place but it was never the same. So I departed and moved to Stanway, near Colchester. This place did not satisfy me so I left and went down to Woodcote, near Reading. This place had once been a farm house and had a very nice picturesque layout. The house itself was built of flint and had heavy ship’s timbering in its walls and ceilings, and must have been at least two hundred years old.

During my stay here, I met many interesting people, my employer being very fond of house parties. Being of a very enquiring nature, I learnt a great deal from long conversations from people in all walks of Life. It was here I met that great sporting personality, Mrs Chester Beatty, who sold a famous race horse a few months before the Derby. But she did the wrong thing, the horse, Midday Sun, winning the great Epsom Classic for his new owner. But she took it like the true sportswoman she was. It was just one of those things and she was a very generous person.

I regret to say she is no longer with us. She died some three years ago in very tragic circumstances. I was very sorry to hear when I read about it in the paper.

My last place of employment on a really large estate was at Dyrham Park, High Barnet, which comprised 103,902 acres, owned by Captain Trotter of the Rifle Brigade, an extremely wealthy man. This large park and mansion had been in the hands of this family for three generations. The original member of this military family had been an officer under Wellington at Waterloo, and his swords and battle maps were kept in the mansion, as was a portrait in oils of the said officer in the uniform of the period.

I was in charge of the pleasure grounds, flower beds and extensive lawns around the mansion.

In this place, I came into close contact with the fox hunting gentry, my employer being Master of the Fox Hounds of the Enfield Chase Hunt. What a beautiful sight to see, when the hunt was in full cry. The gentlemen in hunting pink, the hunt was about sixty strong on some occasions, and used to assemble round the manor for stirrup cup, the customary drink before setting out. We bred foxes for the hunt; large pits were dug in the woods and filled with brushwood where the vixen could be well hidden from sight.

To lift a gun against a fox in hunt country was considered a crime, and anyone doing so would have been frowned upon by the fraternity. Should any poultry keeper lose any birds by marauding foxes, all they had to do was to report their losses to the hunt, and they were at once compensated for said loss.

I was on this place when the second war began. My governor sold the whole estate to London County Council for the green belt and moved to a small place in Frome, Somerset, rejoined his regiment and was taken prisoner at St. Valery in France shortly after.

I myself, being too old for a military service, volunteered for and was accepted by the London Fire Brigade. A.F.S. During my service, I was able to see the wonderful bravery and fortitude of the population of London.

* Halley’s Comet, of course, has returned again since the time of writing, in 1986.
** It would be nice to think that Mr Lawrence would have approved of the improvements to the Common since 1960.