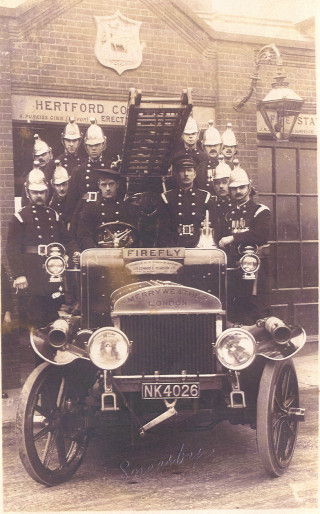 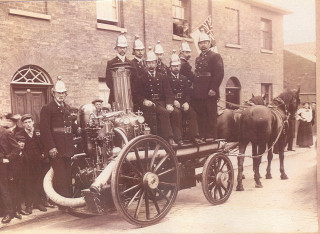 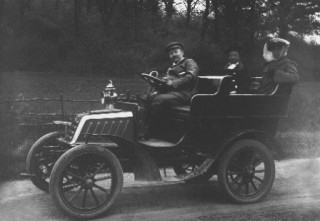 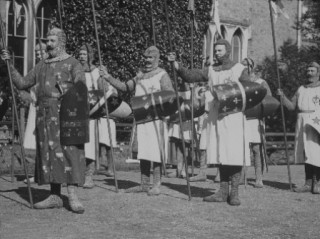 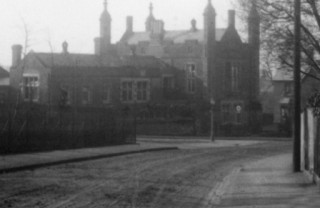 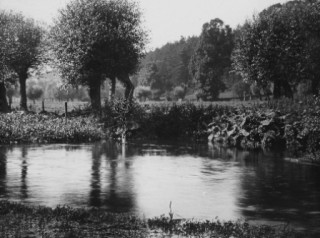 Just prior to the outbreak of war in 1914, the Borough of Hertford staged a pageant of its history from the earliest times. It was all done in costumes through the ages and was extremely interesting to look upon. The whole affair was marshalled in the square of Christ’s Hospital and then wound its way through the town, amid streets lined with the populace.

Memories of My Old School

I was educated at the Cowper Testimonial School in London Road, Hertford. Our headmaster was Mr. J. R. Strubell, a very popular tutor and known over a very wide area of East Herts. Some of our pupils used to cycle upwards of eight to ten miles, night and morning (no bus then).

The school being opposite the military barracks of the Herts Militia, August 4th 1914 was an unforgettable day

One of the things I well remember was the wonderful Lantern Lectures we used to enjoy. The pictures were “stills”, of course, but beautifully coloured. The head was a great one for visual education, and wonderful views of Canada, Egypt and places like that he would show us, accompanied by his fine running commentary. I regret to say the art master, Mr Powell, and the master of the fourth form, Mr Cawley, were killed in the First World War.

The school being opposite the military barracks of the Herts Militia, August 4th 1914 was an unforgettable day, as all the Reserve Troops from all over the county reported for duty. It was a sight I shall never forget.

I knew all the Staff Sergeants at the barracks, as their boys were all school friends of mine. I would like to record all their names here. They were Sergeants Woods, Cannon, Morris, Norman, Nash, Buckle and Hiram Hammond. The latter was unfortunately killed in action while, while Cannon attained the rank of Captain, and lastly Sergeant Deller, who was after his retirement Markey Beadle of Hertford.

A very common sight in this county prior to the 1914 war was the round balloon. I have seen as many as six in the air at one time, and I helped pull one to earth by its drag rope anchor. This event took place at Kings Meads near the railway level crossing. I afterwards helped the aeronaut to fold up and pack the gasbag, and it was then taken to the railway station.

Another incident I recall was a balloon ascending from the grounds of Christ Hospital at Hertford when I was about six years old. What a thrill that was. The aeronaut or pilot, I think, was Mr. Spencer, a well known balloonist of that time. I think he lived at Highgate, in the north London area.

During the earlier part of that war, the old Royal Flying Corps used the balloons to teach young officers navigation.

The three finest and kindest people it has been my good fortune to have known in person were Mrs Baldock and Mrs Knight, both of Ware, and Miss Godfrey of London Colney.

The two first mentioned were mothers of large families and were always ready to help anyone in time of need, and were sadly missed by many people whom they befriended when they passed on. God bless them both.

The last lady mentioned was a real fairy godmother to a young Canadian soldier I knew during the 1914-18 war.

A New Fire Engine for Hertford

About this time also the town was presented with its just motor fire engine – a “Merryweather” – a machine of high class. It was the gift of Sir Edward Pearson of Brickendon Bury Park, a member of the local aristocracy in the district, and was a great advance on the old horse drawn steam engine formerly used.

The Hertford Fire Brigade station was at the time situated in the lane leading to the Diker Oil Cake Mill. The engine was of course a steamer and horse drawn.

I well remember the horses’ harness was all hung overhead and was dropped on to the horses’ backs as soon as the alarm came through.

The boiler of the appliance was lighted and stoked as soon as it moved off, and by the time the scene of the fire was reached, there was a good pressure of steam for the pump. The brigade were all volunteers, no N.F.S. in those days.

At a time when the Royal Flying Corps was being badly shot about by the Bosch flying their new fighter aeroplane, known as the Fokker Monoplane, a very forceful figure, in the person of an airman, contested the Election at Hertford and won the seat from the Tory party. This was something which had never before happened in the constituency. He was Squadron Commander Pemberton-Billing of the Royal Naval Air Service.

When he arrived in Parliament, he informed the government in no uncertain manners that British flyers were being murdered, rather than killed at the Front, through being forced to fly obsolete aircraft.

The powers that be in Whitehall did not like this plain speaking, but it was very soon apparent that they took the hint, and soon our lads obtained much better machines, and the Fokker of The Hun was soon being itself roughly handled by the British airman. From that time, to the end of hostilities in 1918, the old Bosch was beaten at his own game.

This well-known officer was a typical sailor in his personal appearance, and I guess with a stern outlook when it came to having his orders obeyed by his subordinates. He proved to be very popular in the new role of M.P.

On the retirement of Pemberton Billing from parliament, his successor was his former superior officer in the Naval Air Service, Rear Admiral Murray F. Sueter. This well-known officer was the first commander of the Naval Air Service and was a typical sailor in his personal appearance, with ruddy complexion and the walk of a seaman, and I guess with a stern outlook when it came to having his orders obeyed by his subordinates. He proved to be very popular in the new role of M.P.

In his earlier days in the Royal Navy, he was one of its first submarine enthusiasts, and during the first Great War also had something to do with the introduction of the “Tanks”, to be used on the Western Front by the British, in an attempt to break up the trench warfare. This they failed to do however, although they did make things a little easier for the troops during attacks on Bosch positions. But this idea cut both ways. The Germans soon copied the idea with similar results, and trench warfare remained almost to the end.

Transport in the Early 20th Century

If I have any regrets about anything, I would say that it is the passing of the horse and the advent of the motor car that stands out most firmly. What wonderful animals they were, and how very knowledgeable of what they had to do.

All the big railway companies hand many horses for the huge drays which were used for all haulage work. Their day’s work would begin around 6 am and finish around 9 pm. They travelled deep into the countryside on their rounds of delivery to the numerous inns. On their return at night, I have often seen them threading their way through the traffic quite on their own, with the Carmen asleep in the bottom of the cart. They would go straight home to the yard.

In the early days of motoring in this county, there were no tarmac roads, they were just granite and sand surfaced, and in dry weather the dust would rise in clouds higher than the housetops. In winter, the mud and potholes were appalling.

The garb of these early motorists was grotesque, judged by present-day standards. It was comprised of huge gauntlet gloves and heavy Mac coats, and most essential of all when travelling at speed was a large pair of goggles to keep dust from the eyes. The aforementioned speed would be around 45 miles per hour. The driver was, of course, seated high up and very exposed to the weather.

These young “hussies wore large baggy pantaloons known as Bloomers and a large flat hat, like a dinner plate. What a laugh they would create today

We had in my native town one of the very early pioneers, by name Dr Shelley, who possessed a steam-driven car of very high performance, which he continued to drive well after the arrival of the more orthodox type. He in fact would have no other.

I have also many recollections of the time when the ladies first took to riding bicycles. These young “hussies”, as they were dubbed by the older generation, wore a special type of clothing , consisting of large baggy pantaloons known as Bloomers, named after the lady who designed them, and a large flat hat, like a dinner plate. What a laugh they would create today.

The full text of Mr Lawrence’s memoirs can be found on this PDF file: