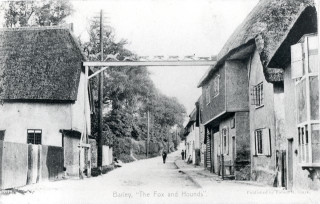 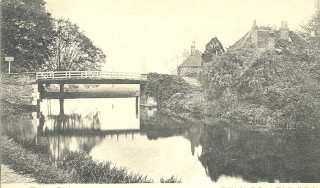 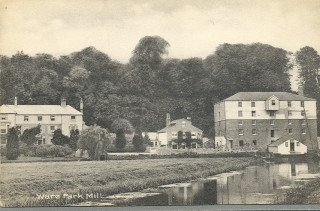 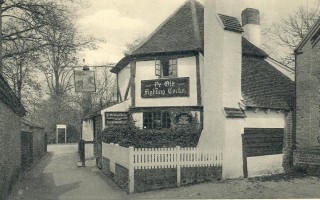 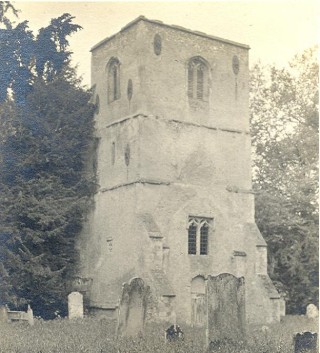 Just after the first war, I was strolling around the countryside, and in a lonely spot came upon a church composed of a bell tower only, the pews for the worshippers being arranged inside this. I have never seen another like it anywhere in the country. At the time of my visit, it was fast falling into decay; it was at the outskirts of the village of Thundridge.

At Hunsdon, something of interest to students of aeronautics can be seen (the exact place is Standon Green End): a monument marking the spot where the first balloon flight ever made in this country came down to land. The aeronaut who was responsible for this historic event was Vincent de Lunardi in 1784.

“Inn Signs” always draw my attention, and the most interesting and picturesque one I have seen is at the village of Barley, near Royston. It shows The Fox and Hounds in full cry, and stretches from one side of the street to the other.

Express engines on the railways have always given me a thrill and still do so. I have often stood on the bridge at Hatfield and seen them come through at speed. You can see the rails move up and down as they approach you head on.

During a visit to the city of St Albans some years ago, I dropped into what is reputed to be one of the oldest “Pubs” in the country, “The Fighting Cocks”

I have also stood beside the famous Welwyn Viaduct, with its forty arches, when the famous Great Northern express “The Flying Scotsman” has come thundering overhead. The lure of speed always has had a strong hold over me. Hence my great interest in flying and motor racing.

During a visit to the city of St Albans some years ago, I dropped into what is reputed to be one of the oldest “Pubs” in the country, “The Fighting Cocks”. It was a quaint little place with very low ceilings, and in the bar parlour was a very large circular pit let into the floor. Here the birds used to do battle in the days when the sport of cock fighting was a legal pastime. For my own opinion on this subject, I would say I am glad it is no longer permitted.

In the summer of 1930, I flew over my native town of Hertford in an “Avro” biplane at a height of about 2,000 feet. It was a delightful experience; all the familiar places could easily be picked out with great clarity. It was an open cockpit machine, and what surprised me most was the fact that there was no sense of forward movement at all.

In the River Lee, near the old mill below Ware Park, there is a wonderful bed of water lilies about two hundred yards in extent. On a bright sunny day, the water at this spot is crystal clear, and I drifted over them in a boat and gazed in wonder at their glorious display of colours. From the towpath they cannot be seen – you must pass right above the

In 1916, we had the most savage blizzard I can recall to mind. In those days, all the telephone lines were carried from town to town on poles across country. Some of these carried upwards of about 40 lines. The heavy snowfall brought many of these down. The army was called in to put them up again, and I remember very vividly, the lads were waist deep in snow when doing this job. They kept in good spirits by singing this ditty made up for the occasion, it was as follows.

The Sappers of the Royal Engineers received this princely sum in those days.

One of my favourite pastimes being rowing, I was out one evening on the River Lee at the small village of Broxbourne in Hertfordshire. In the reeds around a sharp bend in the stream, and quite unknown to me, was a swans nest with a batch of young cygnets in it. As I approached, the male bird left his mate and, flying straight at me with neck outstretched and hissing with fury, he savagely  attacked my boat, beating it with his huge wings. Had I not beaten him back with an oar, I might well have been severely injured, those birds being very strong. He persisted in the attack for about ten minutes, he then left me.