You are here: Home>Herts history>People>George Paul: A Life in Hertford>6. National Service 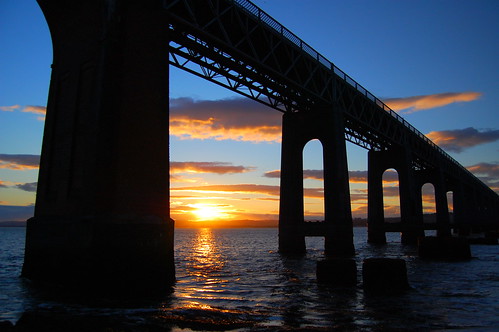 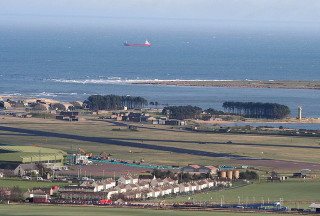 In October 1949, I was called up for National Service, and because My elder Brother was ex Air Force, I managed to serve my Two Years in the Royal Air Force.

I joined first 43 Squadron in Fighter Command, 11 Group, at Thorney Island after my Square Bashing in West Kirby, and after about 3 months there, we were informed that the Group was re-mustering in other Bases and, if allowed, could transfer to whichever Squadron was going nearest to our Homes. As I was told that 43 Sqdn was going to Scotland, I transferred to 222 Squadron, as that was  supposed to be going to Waterbeach, near Cambridge, the nearest to my home town of Hertford – 20 miles!  Yes, you got it!! It was the other way round, and I ended up in Leuchars, near St Andrews, Scotland!

I thoroughly enjoyed my National Service and believe it should still be in force today, as it taught me many of the good things that helped me through life, such as working with others as a Team, taking orders, Honesty and discipline. If only the youth of today had this under their belts, our society would be a better place than it is today, I am sure!

I also became a member of the RAF Rifle Team, shooting in the Inter-Services Shoots at Bisley, and was classified Expert Marksman. I had before joining the RAF been Captain of the Hertford miniature Rifle Club on Port Hill and became an expert shot, with an average of 98 out of 100. So that was not difficult for me to achieve.

Serving as we did in a coastal regions, we always had Sailing Clubs and Canoe Clubs, and I became a member of both and often Canoed and sailed on the River Tay, and can remember the old collapsed Bridge Piers below the water, that you could still see on a good day, and what was left of one of the Carriages still down there.

222 Sqdn was sent to Acklington Aerodrome for Air firing Practice for two weeks, and this made a pleasant change and a nice break away from Leuchars, and we all spent quite a few hours each week helping the Armourers to fill up and colour mark the 20mm shells our Aircraft used in their 20mm Hispano Cannons. One day, a Rigger left the Flight switch on just before the Armourers tested the Guns, and around twenty Rounds of 20mm Ball Ammo went rattling across the Aerodrome! He is probably still in Colchester services Prison. Luckily no one was  Hurt!

Just before my Demob was due, National Service was increased to two years instead of 18 months, and on hearing this promptly went out and got stinking drunk, so much so that I ended up  with my friends, Joe, Johnny and Ken, all drunk together and lying down in the road and trying to stop Cars to give us a lift back to Camp at Leuchars. And, in the end, was given one by our own C.O.

During my last six weeks of service, I was offered a flight with one of our Pilots in the Station Tiger Moth. His name was Gerry, and he was one of my Pilots. I jumped at the Chance, and the flight was great, with Aerobatics etc thrown in, but just at the last minute before return to base, Gerry said hang on and dived down and under the Tay Railway Bridge, just missing the Water and Bridge. Well against Regs, of course, but what I did not know was he was getting demobbed the next day, but as for me, I got 14 days Jankers after being Charged for breaking regulations when we were reported. Whilst he was on his way home!!