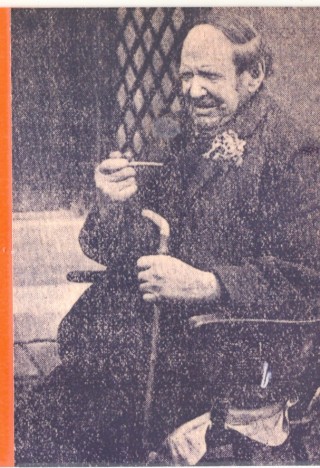 William Kemp of Hatfield died in 1927 aged 105.  He was born at North Mymms in 1822 and began work as a bird scarer when he was 7.  When Victoria came to the throne he was a farm labourer in Shenley, working 16 hours a day.  He came to Hatfield in 1861 and was employed by the Marquises of Salisbury and also worked on the construction of the railway for a few years.  He never wore spectacles and retained a remarkable memory.  He was very partial to chuffing on his cherished  clay pipe and was fond of drink, though grumbled about the price of beer.  Mr Kemp was disdainful of modern leisure pursuits such as “dances and whist drives” and reminded those around him that there was no time for such frivolities in his younger days.  His wife died aged 84 and on the subject of honeymoons, remarked “In, my day, we did not have any of this Honeymoon business.  My Honeymoon was to start off to London with a wagon at three o’clock in the morning after I was married.  We had not the money”.  He also had a little gripe about the Council regarding poor conditions of some housing which had remained unchanged for the past 40 years “…and they are still talking about it”.  He never had anything more than the odd cold throughout his long life, no doubt kept at bay by hearty suppers of bread, cheese, onions and beer before bedtime.