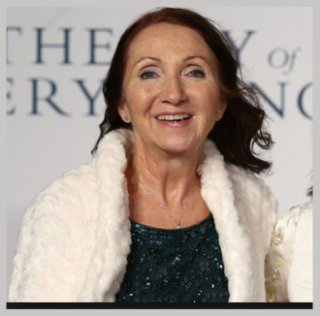 I would like to nominate Jane Hawking Jones most widely known as the first wife of theoretical physicist, cosmologist and author Stephen Hawking.

Both she and Stephen Hawking grew up in St Albans, Herts. She has accomplished much in her own right as an educator and author but it is clear for anyone who has read her autobiography that her early life with Stephen really facilitated not only his career and therefore science itself but also allowed him to lead a full and rich family life at the very time when his physical health was deteriorating and at a time when there was still very little awareness, much less provision for, the needs of the disabled.

Reading her account of their life together leaves you wondering if he would ever have had been able to establish his credentials in the science world and been able to take up the opportunities which were presented to him had she not been there to make it happen.

As a mother myself, the fact that she managed the often hard physical work necessary to support him while also bringing up two small children astounds me.

“maintained her integrity, honesty and humanity”

The fact that she did all this and maintained her integrity, honesty and humanity impresses me more than I can say.

And the fact that she never gave up on the things which were important to her like her studies blows me away.

I have never met her but she strikes me as an extraordinary woman who in many ways reflects the everyday heroism of many women out there making things happen for others and themselves while not always basking in the limelight.