You are here: Home>Herts history>People>Katherine Ferrers: The Wicked Lady - or was she?

Katherine Ferrers: The Wicked Lady - or was she? 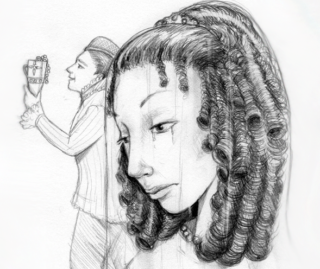 Author and academic Rowland Hughes of the University of Hertfordshire writes about the so-called Wicked Lady:

Hertfordshire has its share of villainesses, as well as heroines, and chief among them is ‘The Wicked Lady’, Katherine Ferrers.

Born in the mid-seventeenth century, Ferrers was a scion of a respectable and wealthy family, and heir to a considerable estate in Hertfordshire. According to legend, having married young and been poorly treated by her husband, Katherine supposedly donned men’s clothing and became a highwaywoman (in some versions of the story, she did so in the company of a low-born lover). While committing one of her crimes, she was shot and, having ridden home, died of her wound on the steps of her family home in the village of Markyate. It has been claimed that Katherine’s restless spirit proceeded to haunt her house and neighbourhood for several centuries.

It is impossible to tell how long the story has been circulating orally – in textual form, it dates back only to the nineteenth century – but the tale of Katherine Ferrers is still relatively well-known in Hertfordshire to this day.

Indeed, a pub by the name of ‘The Wicked Lady’ stands at the end of Ferrers Lane, on the edge of Nomansland Common, near the village of Wheathampstead, reputedly the scene of many of her crimes.

However, there is no real historical evidence to support the legend; indeed, historical records indicate that though her family had been associated with the property in Markyate, she probably never lived there herself, and certainly was not resident at the time of her death. Nor is there any indication in contemporary textual records that Hertfordshire was being terrorised by a highwaywoman at this time, or any recollection of such a figure in the ensuing century and a half.

In the twentieth century, the historical novelist Magdalen King-Hall came across the story and adapted it for her novel Life and Death of the Wicked Lady Skelton, published in 1944, in which the historical Katharine Ferrers becomes the fictional Barbara Skelton, and the bare bones of the legend are considerably embellished.

In turn, the novel was quickly turned into a film by Gainsborough Pictures. The movie The Wicked Lady, directed by Leslie Arliss, and starring Margaret Lockwood, James Mason and Patricia Roc, was released in 1945 and became the highest grossing film of 1946 at the British box office. A second, less memorable film version was directed by Michael Winner in 1983, starring Faye Dunaway and Alan Bates.

You can discover more about the Katharine Ferrers, and read King-Hall’s fascinating retelling of the legend, in a brand new critical edition of Life and Death of the Wicked Lady Skelton, published by the University of Hertfordshire Press, with an introduction and notes by Rowland Hughes.