Edward Morgan Forster was an acclaimed English writer who was nominated for the Nobel Prize in Literature in 16 different years. Born in London in 1879, his father died while he was an infant. In 1883, he and his mother Alice moved to Rooks Nest near Stevenage where they lived for ten years.

An audio extract from Maurice by E M Forster, pages 216-7.

In 1887, Forster’s great-aunt died and left him £8,000, a huge amount of money for the time. This meant that Forster could receive a good education and follow his passion of writing. He studied at Cambridge University between 1897 and 1901, where he became part of a secret society called the Apostles who discussed moral questions. After graduating university, he spent time travelling through Europe and tutoring.

One of the students Forster tutored was Syed Ross Masood, whom Forster taught Latin. Forster fell in love with Masood, but Masood did not return his feelings beyond friendship. After his travels, Forster and his mother moved to Weybridge in Surrey, and Forster spent his next few years writing all six of his published novels.

In 1910, Forster’s novel “Howards End” was published, considered by many to be his greatest work. This focused on social conventions and class differences, themes which were important to Forster throughout his life. The house of Howards End was based on his home of Rooks Nest where Forster had grown up.

The loveliest in England

Between 1913 and 1914, Forster wrote a novel called “Maurice” which was only published after his death due to his concerns at how a homosexual romance would be received. He did, however, share the novel with a few of his close friends. Forster was inspired to write the story after he visited the home of poet and social reformer Edward Carpenter and his partner, George Merrill. Forster was right to worry about publishing Maurice, for it was indeed judged harshly by critics upon publication in 1971. 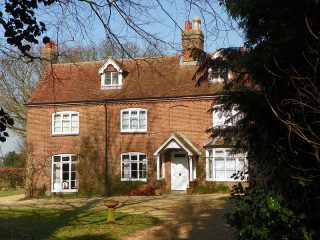 When war broke out in 1914, Forster took a stance as a conscientious objector. However, Forster did agree to serve in some capacity, searching for missing servicemen for the British Red Cross in Egypt. Whilst in Egypt, he had a relationship with a wounded soldier. After the war, he took to travelling once more, spending time in India working as a private secretary to the Maharajah of Dewas. He wrote an account of his time there called “The Hill of Devi”, and when he returned to England he completed his last novel published in his lifetime called “A Passage to India”.

Forster had close friends with whom he was able to share his homosexuality, but homosexual acts between men was only decriminalised three years before Forster died, so kept his sexuality secret throughout his life. He had relationships with men throughout his life, with one notable long-term partner being Bob Buckingham, a policeman. From 1925 to 1945, Forster lived with his mother in Surrey, although he also had a home in London. In 1946, he was elected an honorary fellow of King’s College, Cambridge, where he lived much of the rest of his life.

Forster received great acclaim for his writing during his lifetime. In 1937 he received a Benson Medal, awarded by the Royal Society of Literature to celebrate those who have created excellent works of literature. In 1949 he declined a knighthood, and in 1969 he was made a member of the Order of Merit, a great honour which is restricted to 24 living members admitted by the monarch. Forster died of a stroke in June 1970 aged 91, and his ashes were mingled with the ashes of Bob Buckingham.

Forster was a passionate humanist, which influenced him throughout his life. From his work as a conscientious objector during the war, to the themes he brought into his writing, Forster shared his views with the world through his work. His friend Edward Carpenter was a leading social reformer who helped found the Labour Party and campaigned for Women’s Suffrage. Forster was strongly influenced by Carpenter who also helped him come to terms with his sexuality. Whilst Forster was in Egypt during the First World War he wrote regularly to Carpenter about his homosexual encounters there and the free, openly gay lifestyle of Alexandria.

Forster Country is still preserved for Forster’s memory today. In 1979, on the centenary of Forster’s birth, the farmland around Rooks Nest was officially named Forster Country by local planners. In 1997, a sculpture was erected in St Nicholas churchyard to commemorate Forster’s connection to the area. 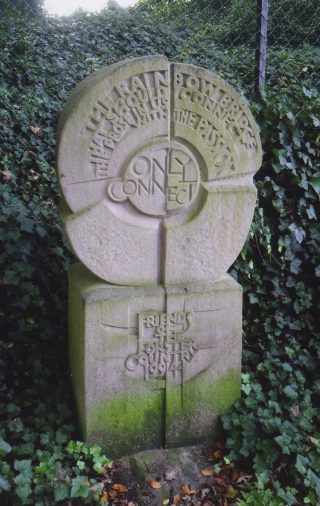