You are here: Home>Tags>19th Century>Edward John Edwards, Rector of Essendon 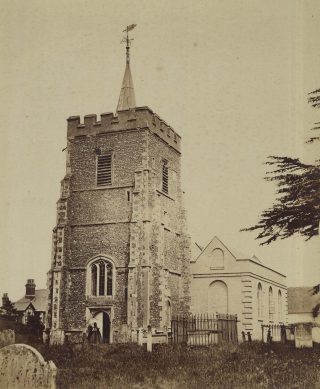 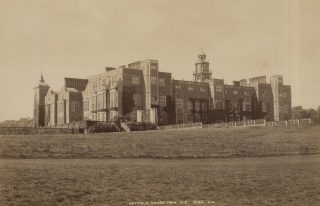 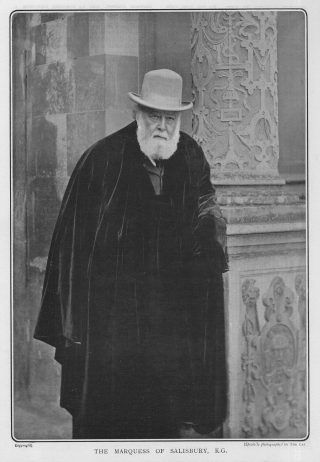 In the 19th century it was a crime to engage in homosexual acts. Occasionally, LGBTQ+ people would be exposed and reported in local newspapers, although Victorian sensibilities meant that the details of the cases were deliberately obscured. One such case is of Edward John Edwards, a rector in Essendon in the 1880s.

Edward John Edwards was born in 1851 in Deal, Kent. Edward’s father was a solicitor. He had a comfortable childhood and a good education. After this he went on to train for the priesthood, ultimately taking up the post of domestic chaplain to Lord Salisbury at Hatfield.

During his seven year tenure, Edwards became “the object of many rumours” and eventually left the Marquess’ service in 1890.  Salisbury instead presented Edwards to the living of Essendon, a few miles north of Hatfield. Essendon was a comfortable place for Edwards to live as a rector, for it had its own rectory and was worth around £360 a year, a significant sum for the time.

Although Edwards was apparently liked by the villagers, local newspapers explain that not long after his move to Essendon he was again surrounded by rumours implying that Edwards was homosexual. This soon led to the police watching over his house.

On 11th June 1892, Edwards met up with Reverend Lord William Cecil, a son of Lord Salisbury, whom Edwards would have come to know while working at Hatfield House. Cecil was also ordained, serving as Rector of Hatfield since 1888. The pair were said to have had a friendly conversation together. Later that day, police visited Edwards’ house and a couple of days later they issued a warrant for his arrest for “committing acts of gross indecency”. Edwards fled Essendon before he could be arrested, resigning his living before he left.

The case was reported in the Herts Advertiser and the Salisbury Times in July 1892. Whilst both give quite a bit of information, they also leave many crucial details. It is not clear with whom Edwards was supposed to have engaged in acts of gross indecency, nor the nature of the acts.  Both newspaper articles end with an intriguing question: “Why and at whose instance, if at anyone’s, did the police delay effective action until Mr Edwards had left the village?”

The timeline of events certainly seems intriguing. The Herts Advertiser article mentions Reverend Lord William Cecil by name as someone that Edwards met just prior to his arrest, and immediately prior to the police visiting his home. Was the article suggesting that Cecil may have been someone that Edwards had engaged in gross indecency with?

This would certainly tally with the police action, and the question asked by both newspapers. If the police had been watching Edwards for a while suspecting he was guilty of this crime, and they had just visited his home, it is indeed intriguing that they delayed issuing a warrant for his arrest by a couple of days. Perhaps this was due to events happening over the weekend, or perhaps they suspected Cecil’s involvement and wanted to tread carefully, he being the son of one of the most important politicians in the country, and a powerful member of local nobility.

If Cecil was engaging in a relationship with Edwards, then it would also explain why Edwards had time to leave the village before the police arrested him. If Cecil were to exposed as engaging in homosexual acts it would have been a dire scandal for Lord Salisbury. If Edwards were arrested, he may have implicated Cecil under questioning. If Edwards was allowed to escape, then Cecil would be safe as a result, as the police evidently didn’t have enough information to arrest Cecil himself. If Edwards and Cecil had a form of relationship whilst Edwards was still serving Salisbury, that may explain why Edwards left Salisbury’s service. Perhaps it was even why Salisbury gave Edwards a generous position at Essendon.

Edwards was seemingly never caught by police, as no court records have been located regarding him. It may be expected that Edwards would return to his home county of Kent, particularly as he would no longer be able to work in the Church of England due to the charges against him. If so, he certainly did not return to his family – at least, not for an extended period of time. On the 1901 census, Edwards’ two sisters are found living together in a house in Southborough, Kent. They were both in their mid-60s and had never married, and were recorded as living on their own means. The sisters had a servant living with them who acted as cook and house keeper, Eliza Dunn. Their father, James Edwards, was also visiting them. He was by this time a widower in his early 80s.

In the 1911 census, all four members are found living at the same address in Southborough. James Edwards by this time was a very elderly man of 93 years. The two sisters were still single, and the same servant lived with them. Edward John Edwards had therefore not joined his family. Had they disowned him because of the accusations against him? Or did he not want to burden them?

There is one potential record for Edwards in the 1901 census, although it cannot yet be confirmed with certainty whether it is him. There is an Edward J Edwards of the right age living in Kent who was working as a landscape gardener. He was a lodger in the house of a  William M Cornwell, his wife, Sarah, and their nephew Albert Cornwell. The birth place of this Edward J is illegible on the image on Find My Past, which would help us know if this is likely to be the right Edward. However, it is interesting to note that William Cornwell is recorded as having been born in Deal, Kent, the same place Edward was born. Did the two perhaps know each other as children, or was this a coincidence?

If Edward had started his life afresh, then being found to be a gardener nearly 10 years after the allegations against him would fit, as it wouldn’t have necessarily required significant training for a man changing career. If this man is the Edward we are looking for, then it is also noteworthy that the census says he is married, although his wife must have been living elsewhere. Had Edward married in the interim to try and hide his sexuality? Or is this simply another man altogether?

What happened to Edward John Edwards after the accusations of gross indecency against him in the summer of 1892 is unclear. If it was indeed suspected that Reverend Lord William Cecil was one of the men Edwards engaged in homosexual acts with, then these rumours never permeated too far, nor affected Cecil’s career. Cecil and his wife had 7 children in total, and Cecil remained Rector of Hatfield for 28 years. In 1909, he had the honour of becoming a chaplain to King Edward VII, and in 1916 he was made Bishop of Exeter at the insistence of Prime Minister Asquith.

As Bishop, Cecil gained a reputation for eccentricity, and he was a notably tolerant bishop. He did not try to enforce strict religious services, and he kept friendly relationships with leaders of Nonconformist groups. He died in 1936 and was commemorated in Exeter Cathedral by two sculptures.